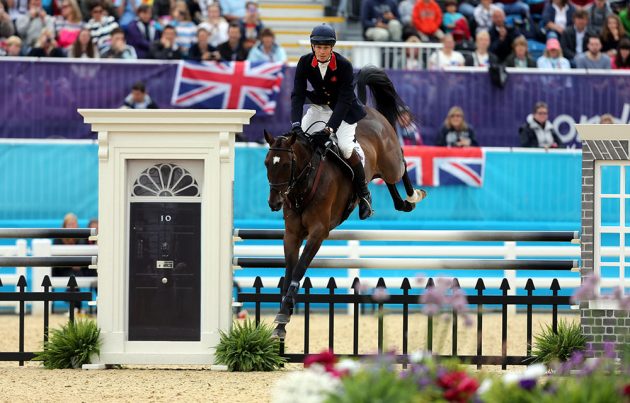 As we gear up for Tokyo, we caught up with William Fox Pitt for a look back at his five Olympic experiences

By his own admission, William Fox-Pitt had gone crazy. The elite rider had become obsessed with the idea of having a horse for the 2012 Olympics in London and would do anything to get there.

William had competed at the Olympics in the past – even medalling – but he wasn’t prepared to miss out on the chance to perform at the Games on home soil. And so he launched into a continental search to gather together a string of horses strong enough to compete with.

“I can clearly remember trotting around an arena at Great Missenden on a horse called Lord Buckingham and they announced over the speaker that London had won the Olympic bid,” William recalls.

“I was doing a dressage test and was in the actual ring and I can remember thinking, ‘wouldn’t that be incredible?’.

“It was seven years before the Games and I knew I had to find a horse, so with the support of my owners, we went out to find young horses to build new partnerships with – it was very much an Olympic campaign. We bought four or five horses with the London Games in sight.”

William travelled across Europe building his fleet of possible Olympians, carefully selecting a handful of horses that would stand a chance of peaking in the summer of 2012.

It was a labour of love that proved invaluable as his top two rides were unable to compete ahead of the Games, leaving him on his second reserve to take his spot in Team GB as Olympics mania took over the nation.

Looking back, the 52-year-old refers to it as being ‘lucky’ at having enough high-quality horses available to compete, but in reality, it’s just an example of his incredible desire to conquer the most high-profile competition in the sport. And of the five Games he’s been to, London was always going to be the ultimate for a British athlete.

“The London Olympics was only going to happen once in a lifetime,” William says. “You felt the whole country was behind you.

“Normally, you feel like your sport and your teammates are behind you, but people were watching eventing at the London Olympics who had never watched a horse in their life. They were just watching what Team GB were doing and you really felt you were part of one big team.

“Being in the Olympic Village among all those amazing people and the whole of London coming to pretty much a standstill felt amazing and you thought, ‘that’s for us and what we’re doing’.”

From lining up alongside some of Britain’s greatest sportspeople to watching Muhammad Ali carry in the Olympic flag to sitting down for breakfast with would-be tennis gold medallist Andy Murray, William’s 2012 story was everything it was cracked up to be. Well, almost. 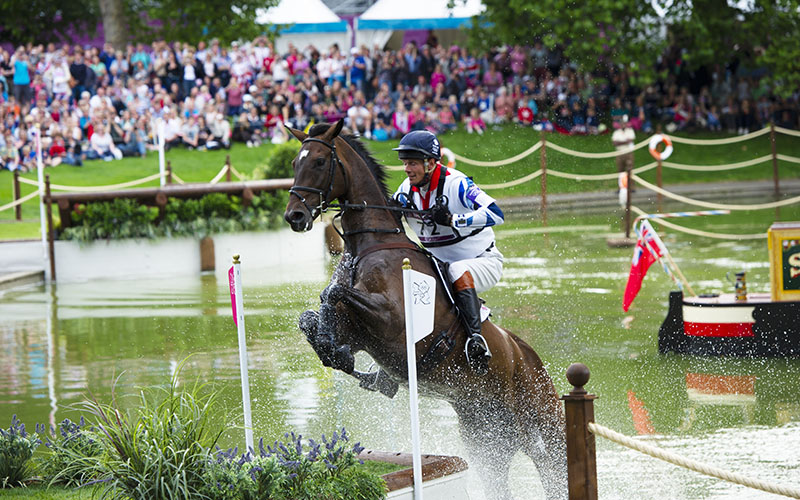 After winning team silver and bronze in the previous two Olympics, the London-born rider was eyeing the top step of the podium in front of his home city. After losing his top two horses before the Games, William knew the chances of taking individual gold were slim aboard his third choice but was left wanting more after winning silver in the team event.

“The most important thing was that I’d managed to build a partnership to fulfil my dream of getting to the Games, so there was a big energy and focus on Lionheart and I,” he says. “Then our performance was disappointing because Lionheart got very tired in the cross country, which was out of character, and I don’t know why to this day.

“He was a classy little horse, but on the cross country I was last to go in the British team. I have a theory that by going so late, he’d been on the boil for so long, hearing people go, that he was exhausted from his adrenaline pumping.

“So when I got on the cross country course he went, ‘yeah’ and then, ‘I’ve had it now’ and got tired, so we accrued time faults at the end, which was a shame because cross country was his best phase. And, typically, my time faults cost Team GB.

“On reflection, there are things we could all have done differently, and my time faults were one of the things that cost Team GB a gold medal. We could have so easily won the gold medal there, even though the silver medal was amazing.” 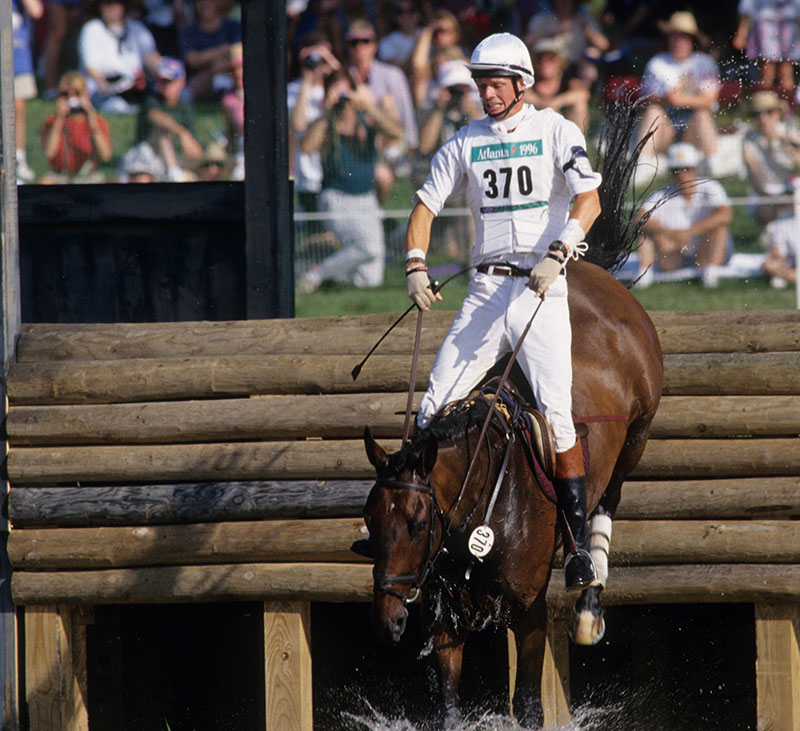 Despite winning three Olympic medals in a decorated career, William still believes he could have achieved more at the Games, such is his thirst for victory.

His first experience was in Atlanta in 1996 as a 27-year-old when the trip was dominated by concerns about the temperature they’d be competing in.

He missed out on a repeat trip to Sydney 2000 when both of his potential horses were no longer available for selection. At a glance, a team silver in the next Olympics in Athens appears to have put that disappointment to bed, but dig a little deeper and the sense of unfulfillment comes flooding back.

“I had a big disappointment there because following an injury sustained in the cross country, we couldn’t show jump on the last day and I wasn’t on the team.”

“In those days we had five in a team and three scores counted, so there were two discarded scores and I was one of them. I was on a good horse and if he show jumped clear, he’d have won an individual medal. It was disappointing that he couldn’t get the top result he truly deserved. The fact we got a team silver is marvellous, but in reality, it had little to do with me.”

William’s compatriot Leslie Law went on to take individual gold in Athens. Apart from being notable for being the only British individual gold in the past 49 years, controversy marks it out as one of the most unusual successes in the sport.

With Germany’s Bettina Hoy leading the field at the end of the day, she was adjudged to have crossed the start line twice and was given a 12-point penalty for the indiscretion, meaning Law was bumped up to gold and the team medal was upgraded to silver.

“I remember we were all confused about it,” William recalls. “We couldn’t believe that once we’d left the venue they’d changed the medal.

“No one had even dared think [that would happen] and I never asked Leslie what he thought, but I don’t think he had even thought about getting a gold medal.”

William’s own quest for individual glory came and went with another unfortunate incident in Beijing when his horse was unable to train ahead of the Games due to severe muscle cramps from dehydration in the heat. However, another cherished team bronze medal was added to his collection. 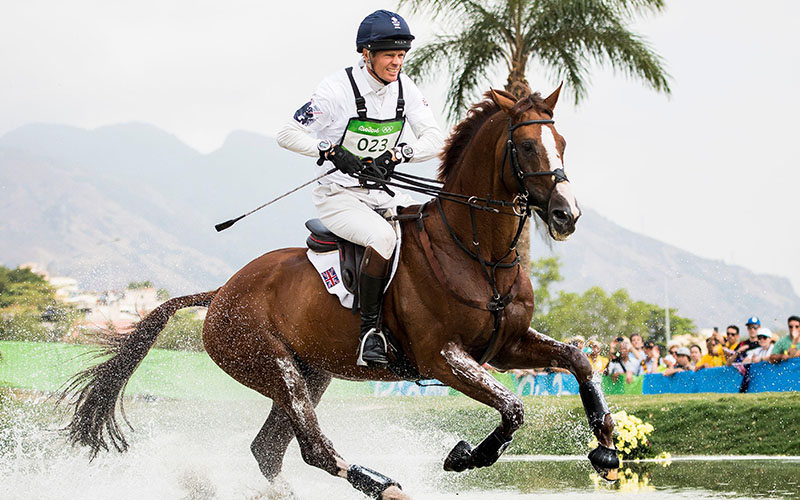 After living his London 2012 dream, the rider made his final assault on gold in Rio in 2016. This time there was even more focus on his performance with the Games coming less than a year after a cross country fall caused a head trauma that left him in an induced coma and unable to even climb his stairs weeks after the fall.

Yet a combination of resilience and sheer determination saw William not only make it to Brazil but also into the lead with Chilli Morning after the dressage, with his favoured cross country coming up next. Only for his Olympics curse to strike yet again.

“I made a ridiculous error, not of jumping but I crossed my tracks in-between two fences and I turned the wrong way,” he says.

“Chilli Morning came out the next day and jumped a beautiful show jumping clear, so we probably would have won a gold medal, but we didn’t.

It was another Olympics disaster. I was lucky to have other amazing moments, but that was a career low to have waved goodbye to a gold medal.

“Winning that medal wouldn’t have made me a better rider and would have changed nothing, but it would have been a hell of a thing to get on my CV after all these years. I look at it now as a bad moment because it was the Olympics and it slipped away – it’s one of my regrets.”

Even though the biggest prize eluded him, William recalls being part of Team GB and sampling the variety of terrains, temperatures and challenges each new Olympic host provided as unforgettable.

William’s near misses go to show exactly what it takes to be a great Olympian: an unquenchable thirst for the biggest sporting prize and the ability to adapt quickly if individual pursuits do come a cropper for the greater good. 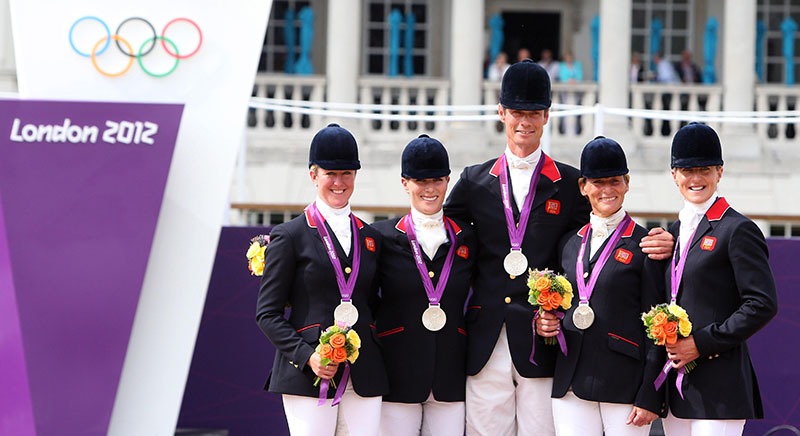 “There’s a very fine balance between being an individual competitor and performing on your horse and thinking about how it works for the others in the team,” William says.

“You’ve got to be able to adjust your riding and reactions to being in Team GB. Of course, you want to win your own medal, but the medal that comes first is your country’s and team’s medal.”

Spoken like a true champion. It really is no wonder that the William Fox-Pitt name is synonymous with the sport and he is a role model for those hoping to reach the very top.

This year, Team GB have a strong shot at gold with some of the most accomplished horse and rider combinations in the world and competing in Tokyo will provide unforgettable memories.

While the spectators at the Games may be missing, the one thing Team GB can be assured of is that the whole country will be willing them on to succeed, William Fox-Pitt included.