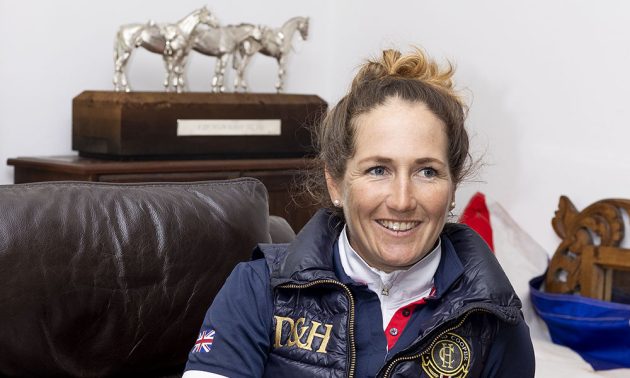 After winning Olympic gold and Badminton in the past 12 months, Laura Collett is on top of the world – and she’s been destined to get there from a very early age

Laura Collett is happy to admit she doesn’t like doing interviews. It seems like a surprising thing to mention as she welcomes British Eventing Life into her Cotswolds home to do just that, but her concession that she’d rather spend more time with her horses than people is revealing about the mindset that has made her so successful.

In the past 12 months, the natural introvert has become an Olympic gold medallist and a Badminton champion to make her one of the hottest properties in eventing – and everyone wants a piece of her.

As the resulting accolades have stacked up, so have the interview requests. But Laura’s infatuation with horses and her dedication to honing her craft hasn’t dulled as she’s attracted more attention.

“I think I prefer being around animals more than people and I’ve always been like that,” laughs Laura, who is open and friendly throughout her chat, despite her unease.

“I’ve always loved dogs too, but it was the horses that really did it for me. I can’t put my finger on exactly why, but they’re all different characters and being able to figure out your pony or horse’s character is something I really enjoy.”

Laura has always been this way. From a young age she’s gravitated towards the stables, with school ‘getting in the way’ of her passion. Once she was done with lessons, she’d be straight back with her horses, getting the education that has seen her rise through classes of a different type.

After being given her first taste of riding as a screaming two-year-old adamant she wanted to have a go on her older brother’s pony, Laura made steady progress from gymkhana, show jumping and Pony Club into eventing as she approached her teenage years. And it’s there where she really found her calling.

“I did showing to start with up until I was 12, but I knew I wanted to do something more thrill seeking,” Laura recalls.

“I didn’t actually know what I wanted to do. I bought a young 14’2 pony and did a lot of show jumping over the winter, then joined the Pony Club and was part of the show jumping and eventing teams. I just got bitten by the eventing bug and the thrill of cross country.

“From doing showing and having to show off and cover things up, I was quite good at the dressage test, so it already felt like I knew how to do that side of it – and you got to show jump as well, so it was the best of both worlds all in one.”

While Laura’s story may sound familiar to many of her elite-level peers at the top of the sport nowadays, what makes it stand out is she didn’t make these initial steps with a strong financial backing.

Laura’s mum, Tracey, had introduced her to riding as a toddler but had never competed herself. It meant the family was left to feel its own way through the early years of competition, funding Laura’s passion however possible.

“It took a huge amount of commitment and my mum was working lots of different jobs to make it possible,” Laura explains. “I used to school other people’s ponies to earn a bit of money and we’d always do deals to buy less expensive ponies and horses to produce them and sell.

“Mum was always super-supportive in making it possible for me to do that. It wasn’t plain sailing because mum didn’t have any money to go and buy a nice ready-made horse, but I think that made me a better rider from an early age because I had to produce them from the beginning. I didn’t know any different or if I was missing out. That’s how it always was and I don’t regret it for a second.” 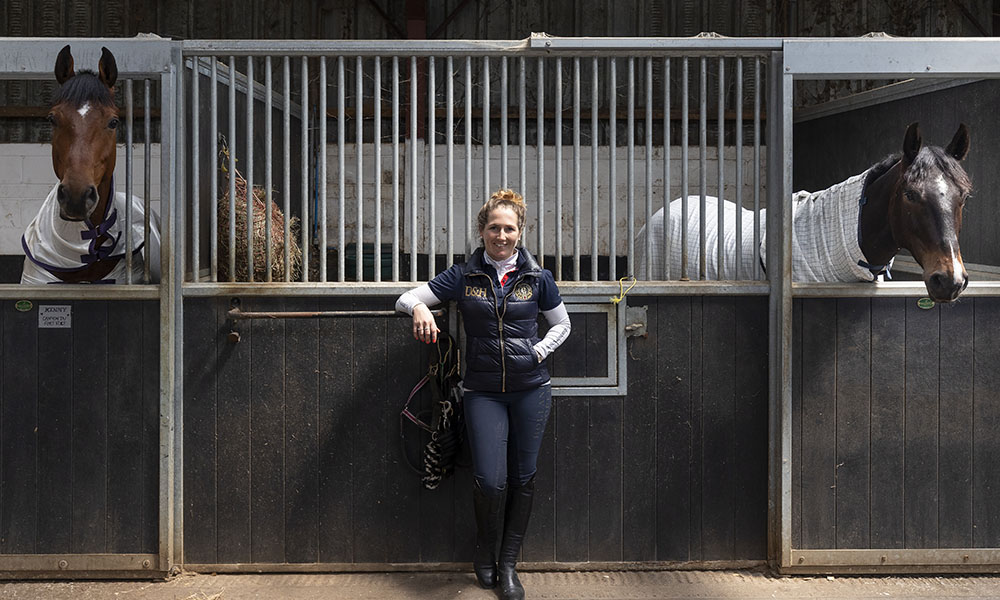 The risks associated with becoming a full-time rider after leaving school at 16 might have been enough to deter some youngsters from taking the leap of faith, but Laura’s steely determination to make a career out of eventing meant she didn’t give it a second thought.

With the images of watching Pippa Funnell and Supreme Rock win Badminton for the first time in 2002 fresh in her mind, Laura set about trying to emulate her childhood hero. While the 32-year-old never truly believed it would happen until she won this May, she says the dream acted as her motivation to keep going, even when things didn’t go the way she planned.

Luckily for Laura, she was already on a trajectory towards the top, having picked up a slew of medals throughout the Pony, Junior and Young Rider levels. Win followed win followed win and it was only when she made the step up to Seniors that she fully comprehended quite how hard it would be to reach the pinnacle of the sport.

“I was very lucky [coming through the ranks] because I always had a horse ready at that time and they’d go and produce the goods at a championship – it was all I knew,” she says.

“Then going into the big, wide world of Seniors it suddenly changes an awful lot – you realise it’s a lot harder to be successful and there’s a lot more people. There’s a very small group of people doing Juniors and Young Riders, so you go from a very little pond to a very big sea into Seniors.

“That’s when it all changed and I started to feel outside pressure. Having been successful through the Junior and Young Rider system, there was an expectation to deliver on the big stage. And it didn’t happen straightaway.” 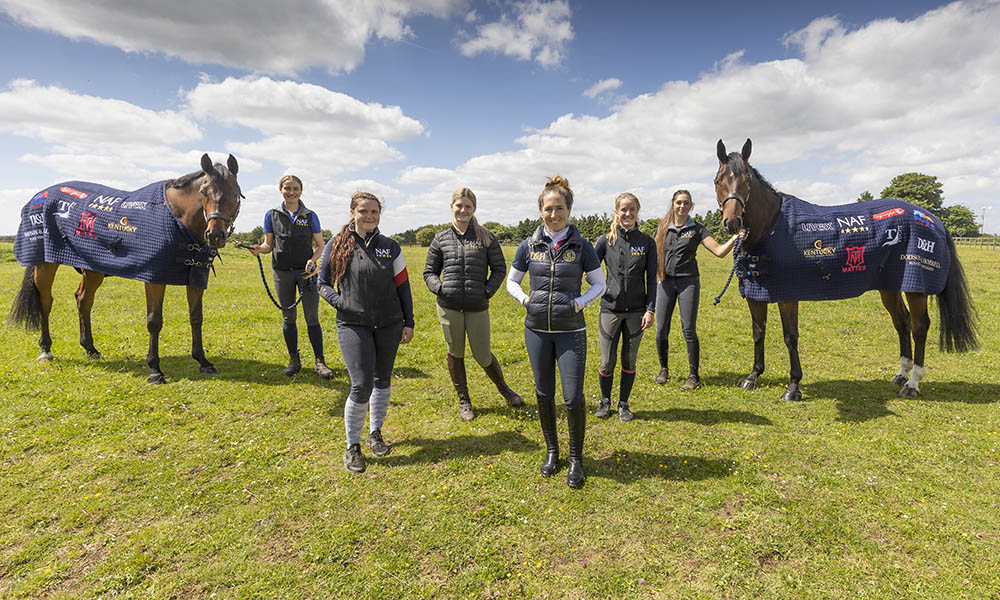 Sitting on the sofa in the front room of her home in the shadow of Salperton Park Estate, it’s hard to believe Laura has ever diverged from the winning trail. Eyes are immediately drawn to the grand Badminton trophy taking pride of place behind her, but the entire floor is filled with trinkets, champagne bottles and images of her celebrating. Everywhere you look, there’s a reminder of success.

The only thing that’s not on show is her most prized possession – the Olympic gold medal she won as part of Great Britain’s victorious team in Tokyo last summer. Instead, that lives next to Laura’s bed, in prime location to remind her each morning that it really did happen.

Winning at big events has started to become a good habit for Laura and London 52 lately, with their maiden 5* success at Pau in 2020 starting off a golden streak. Not that she’s taken any of it for granted.

“Last year, you could have spoken to anybody and they would have said I had absolutely no belief that I was going to the Olympics,” Laura remembers. “I’d dreamed of it, but never thought it would happen – it wasn’t until, literally, the day I got on the plane that I accepted it was happening.

“It was the same with Badminton. All the talk beforehand was that we were one of the favourites, but I’d laugh at that and think it’s not reality. It’s not until it actually happens that you realise the dream is coming true.”

Regardless of that, Laura is riding the crest of a wave and has made the transition from perennial challenger to serial winner in the past few years. So was there a moment when the path to victory suddenly became brighter?

“I’d say Pau was a big turning point, maybe Boekelo the year before,” Laura considers. “I’d had a very up and down year in 2019 and there were a lot of times when it was nearly a very good result and something would go wrong.

“I just massively doubted myself. I knew the horse was good enough and we had a lot of support from people, including those I look up to such as Pippa Funnell and Tina Cook, who gave me a lot of advice on the best way to deal with things, to take a step back and remember why I’m doing it.

“To go to Boekelo and finally put to bed everything that had gone wrong, it was a clean slate
then and I promised myself to just do what was right and not get affected by other people’s thoughts or perceptions of what was happening or should be happening. I stuck to that in 2020 when we missed a lot of the calendar, but I think that helped because there was a lot of time to think and plan.

“I had a plan, I stuck to it and ended by winning at Pau. That was the true realisation that maybe I was good enough and I could do it. It all spiralled from there really and things started to go right for me. It’s the classic old saying that when your confidence is up, you get the good results and I’m very aware that all it’ll take is a little knock and things can’t keep going well forever, but I feel like now I’ve done what I set out to do, everything else is a bonus. I feel like I’ve achieved what I never actually believed I would.” 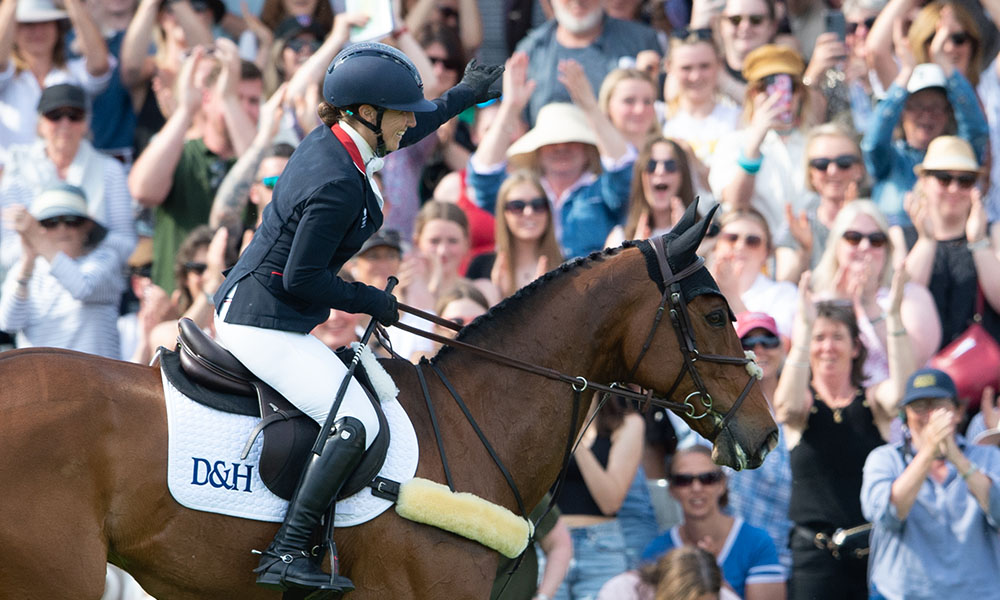 The lifestyle of an event rider dictates that there’s never much time to sit and reflect on those past glories, although the enforced Covid break when the virus initially hit in 2020 did provide a temporary pause to a normally hectic schedule.

While keeping busy means the highs and lows don’t linger for too long, it can create an intense world and the ability to get a break from the pressures can be difficult when home is right next to the yard. Finding those moments of respite can be valuable.

“In recent years, I do a lot of schooling with the racehorses, which I find is a very good distraction and I get a lot of enjoyment and pleasure out of it,” Laura explains.

“The pressures are completely different and it’s nice to have some escapism and get away from the yard to do something different.

Laura has been at her current base for four years and admits the secluded nature of the yard makes it perfect for her to find the privacy she craves as the focus on her increases.

While she enjoys some of the opportunities she gets since becoming one of eventing’s most recognisable stars, that inner introvert still needs to be given the time to recharge away from the public glare. 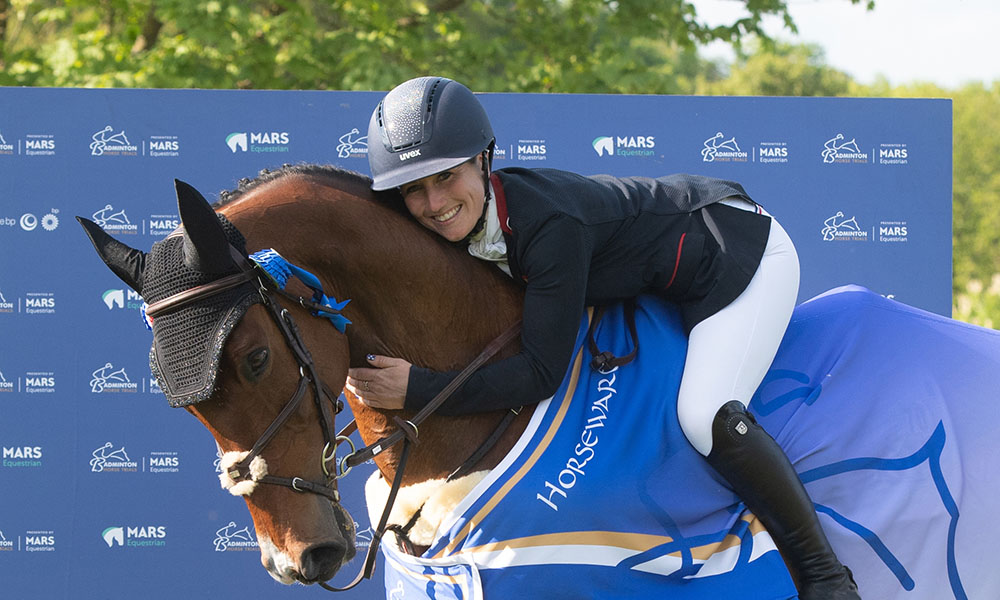 Laura’s next target is to complete the full set of medals by winning at the World Equestrian Games, while she also has her heart set on having another attempt at individual gold at the 2024 Olympics in Paris. If she achieves that, there will be no let-up on the attention she’s getting.

“I still find it very weird and strange that people recognise me and want to have a picture with me – it’s mind-boggling because I’m just me,” Laura adds.

“I smile and then run away. But I’m definitely getting used to it and realise it’s a good thing. It might not be what I’m used to, but a lot of people would love to be in this position, so it means everything is going well.”

And the way Laura’s career has been heading in recent years, she’d better get used to it.