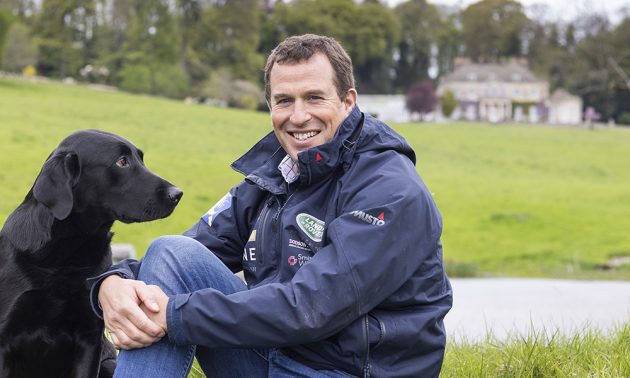 Peter Phillips describes it as a ‘labour of love’ – the Magic Millions Festival of British Eventing that for almost 40 years has been a sporting and social highlight of the British summer.

Across three days in early August, Gatcombe Park – home of HRH The Princess Royal and her family – not only becomes an equestrian centre of excellence as prestigious British national eventing titles are contested but it also welcomes thousands of spectators from throughout the Cotswolds and beyond.

To make it happen requires detailed planning, outstanding teamwork and unflinching commitment throughout the 10 months it takes to turn the vision into a reality.

And its roots can be found in the equestrian legacy created by Peter’s parents, HRH The Princess Royal and Captain Mark Phillips, who were both prolifically successful event riders.

The Princess Royal took European individual gold in 1971, when she was also crowned Burghley champion, before competing at the Montreal Olympics five years later. Mark Phillips was part of Olympic, World and European gold medal-winning British teams, in addition to winning four Badminton titles from 1971 to 1981 and Burghley in 1973. Peter’s sister Zara Tindall, then put her name on that impressive roll of honour through world individual glory (2006) and London Olympics team silver six years later.

“My earliest memory has always been of there being horse trials at Gatcombe,” says Peter, who is the festival’s event director.

“I don’t necessarily remember the details of the first few events, but we have always been involved somehow, whether it was painting stakes, painting fences, doing the stringing. The tasks got slightly more complicated the older we got.

“Land Rover was the first partner and is still a partner today. I think the first event was 1983 and I think 1985 was the first British Open Championship and it just snowballed from there, got bigger and bigger and became more significant within the eventing calendar.”

As the prestige of the event grew, it began to attract several famous names on to the guestlist, with the BBC’s Angela Rippon, decorated actor Anthony Andrews and author Jilly Cooper attending. Gatcombe also transcended other sports, with the likes of Formula One world champion Jackie Stewart and England footballers Kevin Keegan and Emlyn Hughes – the latter after meeting HRH The Princess Royal on Question of Sport – also soaking up the atmosphere.

“It has such tradition,” Peter continues. “Way back when, my father was represented by IMG (International Management Group); they helped set everything up. For them, even in those early days, it was about adding extra entertainment. Celebrities would give their time to come and spend a day at the horse trials and then you had a load of arena attractions going on. People came to see which celebrities were going to turn up. It was never pre-announced.

“That is obviously very difficult to do now. Back then, there was no such thing as charging £5,000 or even more to turn up for the day. My parents had various connections across the sporting and entertainment worlds. It was a personal invitation from them to come and they had a great afternoon. It created a huge amount of additional interest and helped create that festival feel.

“It wasn’t all about the horse trials. It was an event, but it’s an anomaly from the perspective of being an event because we probably sit alongside the Badmintons, Bramhams, Blenheims of the world, but we are much smaller because we don’t have the same amount of space. We are an event first and a horse trials second, if that makes sense.” 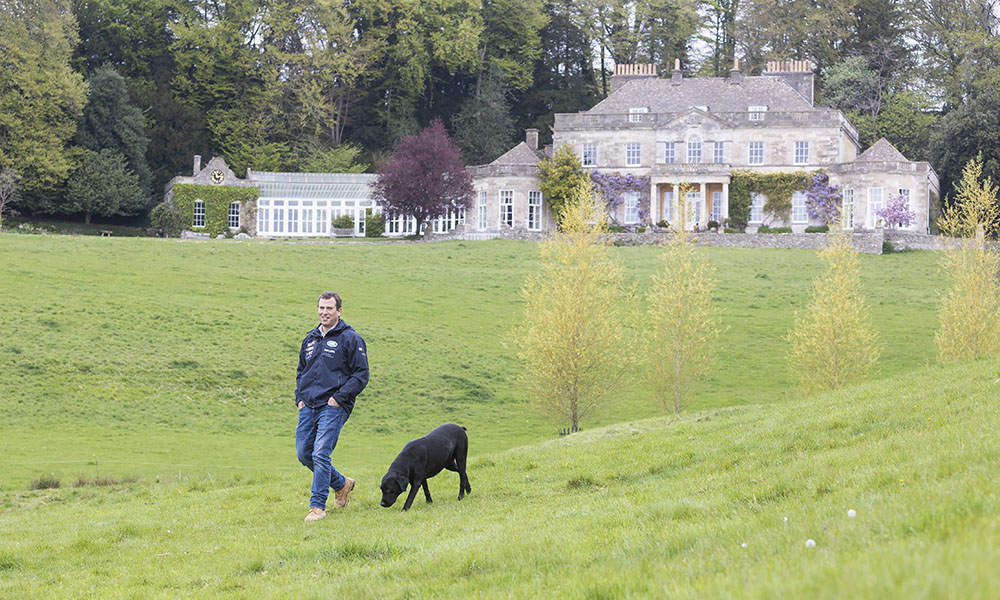 All are keenly contested and for many combinations it proved a major stepping stone, as illustrated by Tokyo Olympics team gold medallist Tom McEwen’s CHF Cooliser, a former Gatcombe intermediate champion who was among this year’s Badminton entries. Alongside McEwen were Ben Hobday’s Shadow Man and 2018 Badminton winner Classic Moet, ridden by New Zealander Jonelle Price.

“It is the quintessential British event and I had never won there before,” Jonelle said of her Gatcombe success in 2018. “It was Classic Moet’s cup of tea and was vital Burghley preparation for us.”

CELEBRATION OF THE SPORT

And when that level of horse and rider is accompanied by a packed entertainment programme and top-end shopping and food experiences, it is easy to see why The Festival pretty much ticks every box.

“We couldn’t run The Festival purely from a sporting perspective,” Peter adds. “We have to have the sponsors, we have to make it an event to make it financially viable. That is a constant challenge to keep developing the event and keep pushing it.

“And with the Retrained Racehorse Event Championship as well, we’re not just looking at the human element; there is life after a sport for a lot of these horses. At novice and intermediate, you see a lot of horses that go on and do bigger and better things.

“If people are purely after a qualification, they don’t come to Gatcombe. They can go to Burgham or Hartpury either side of Gatcombe and get their qualification, so we have flitted around in terms of trying to make the British Open more relevant.

“We’ve settled on it is what it is, which is a championship and you become the national champion. If you want to win a championship, you come to Gatcombe and you expect a championship course. We have spent a lot of time on the going and getting ground prepared.” 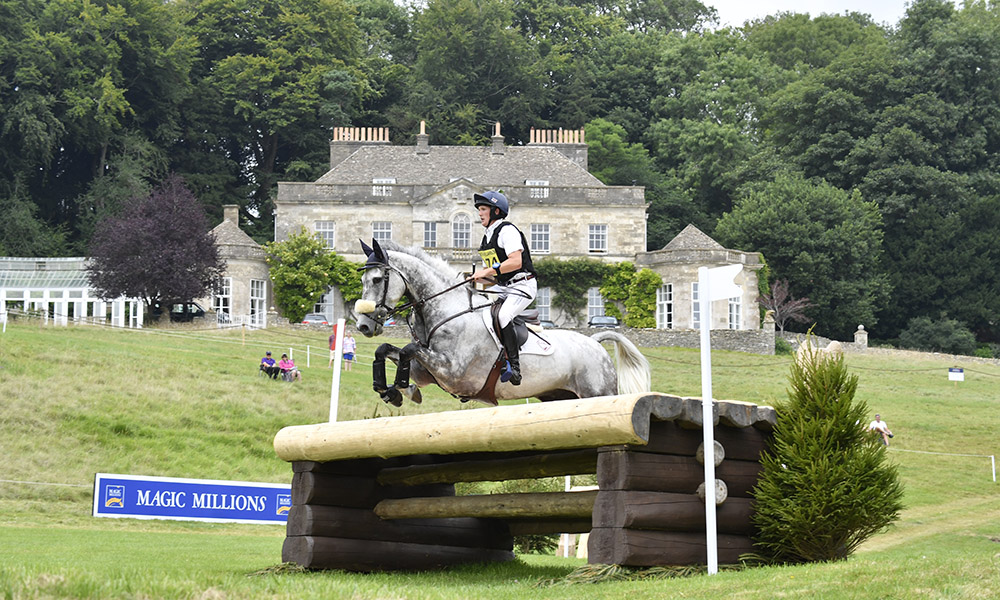 Situated between the Gloucestershire villages of Minchinhampton and Avening, the 730-acre Gatcombe Park estate offers a natural amphitheatre for visitors. It’s not only the perfect venue to watch thrilling cross country action but also offers views of the 18th-century house, a Grade II* listed building designed by George Basevi, whose other notable work included London’s Belgrave Square and the Fitzwilliam Museum in Cambridge.

The house was bought by HM The Queen for The Princess Royal and Captain Mark Phillips in 1976, with Gatcombe Park being a natural fit for one of the most anticipated annual British equestrian competitions. It is currently full steam ahead for this year’s event, which runs from 5-7 August and returns following a three-year absence due to the coronavirus pandemic.

“It is a year-round project,” Peter adds. “We have got a fantastic team who help put it all on – everything from finding the sponsors and partners and making sure we’ve got enough income to be able to do everything we want to do in terms of entertainment to putting on the show, hospitality and trade stands.

“We have the course redesigned every year and the planning process starts in October for an event in August. It’s a labour of love. There is a huge amount to organise. The cost challenges everyone faces at the moment is absolutely prevalent in the event world, so it’s how we manage that because costs have gone up since budgets were set.

“The general feedback we have is when people come and compete here, especially at novice and intermediate level, they love it because they feel part of the championship. For us to expose more people to that is really important and it’s why The Corinthian Cup is so important. For the amateur riders, it’s the one time of year they are in a championship and are at an event where they are treated the same way as the top professional riders.

“Where we are different is that probably 80% of our attendees are regular event-goers and that’s primarily because we’re running championships. It’s how we shift that focus to maybe it being 70% and adding an extra 10% of people to come and enjoy the day. It’s that balance of how much do I have to invest to put extra entertainment on to shift that needle from 80% to 70%?

“We have changed things around slightly for this year. We’ve moved the food court area and are making that a bit more of a feature. When we didn’t run the horse trials, we had a food and drink festival, so we’re trying to include a bit more of that. We’ve got the fun rides, arena attractions and children’s entertainment, but the focus is still very much on the fact we’re running five national championships, which is the bedrock of this event.” 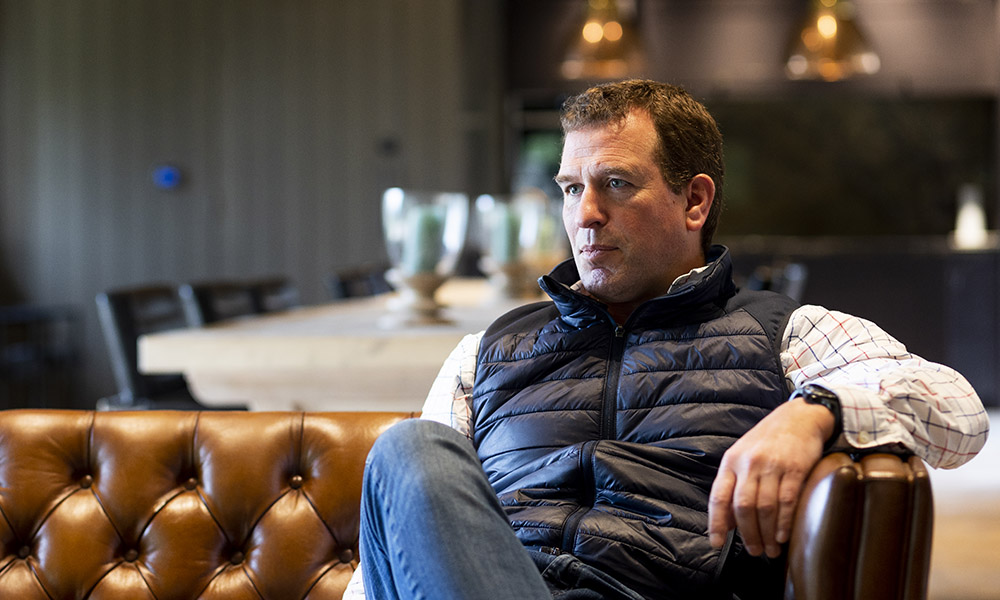 Equestrian events nationwide were impacted by the coronavirus pandemic, with widespread cancellations effectively putting the sport on hold, but this year is a different story as spectators have returned in huge numbers.

In terms of successes, British Eventing has never been in a better place as Great Britain currently holds Olympic, World and European team titles, Nicola Wilson is reigning European individual champion, Ros Canter the world champion and Oliver Townend remains world number one. The Festival will be a
priority target for many top riders and their most promising up-and-coming horses.

“There have been plenty of mishaps along the way,” Peter adds. “But all the way through this event, it has always been family orientated and about having fun. It has got to be fun and from an event perspective, it ticks all the boxes from a sport point of view. It has been part of my life every summer for as long as I can remember and I want to make it work.

“I always enjoy the Friday. It’s a bit more relaxed, the people are coming in, the shops are open and when the first horse goes cross country on the Saturday, that is another great moment. You just hope that on the Sunday evening, you leave with everyone smiling and having had a good time, lots of people have come in and all the horses and riders got round safely. That’s a successful weekend. Happy days. Then you take a deep breath and do it all again.”

Visit festivalofbritisheventing.com for more information and to buy tickets.

This feature was originally published in the Summer 2022 issue of British Eventing Life. Photography: Roy Kilcullen

Top three finish for GB at Nations Cup in France