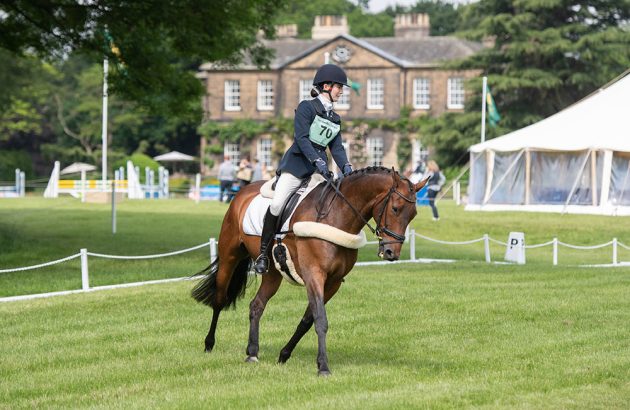 After the inaugural Science Supplements Area Festivals took place across the UK in summer 2021, we caught up with an assortment of attendees to find out what they were like

What is an Area Festival?

A new-look event, first run in 2021 to provide grassroots riders with a championship competition to aim for. The Science Supplements Area Festivals combine the new-look BE80(T), BE90 and BE100 Area Qualifiers – that have replaced the regional finals – with new championship classes at BE80(T), BE90 and BE100. Held at Firle Place in Sussex, Frickley Park in South Yorkshire, Chillington Hall on the Staffordshire/ Shropshire border and Warwick Hall in Cumbria, the events are an achievable goal for riders competing at lower levels. 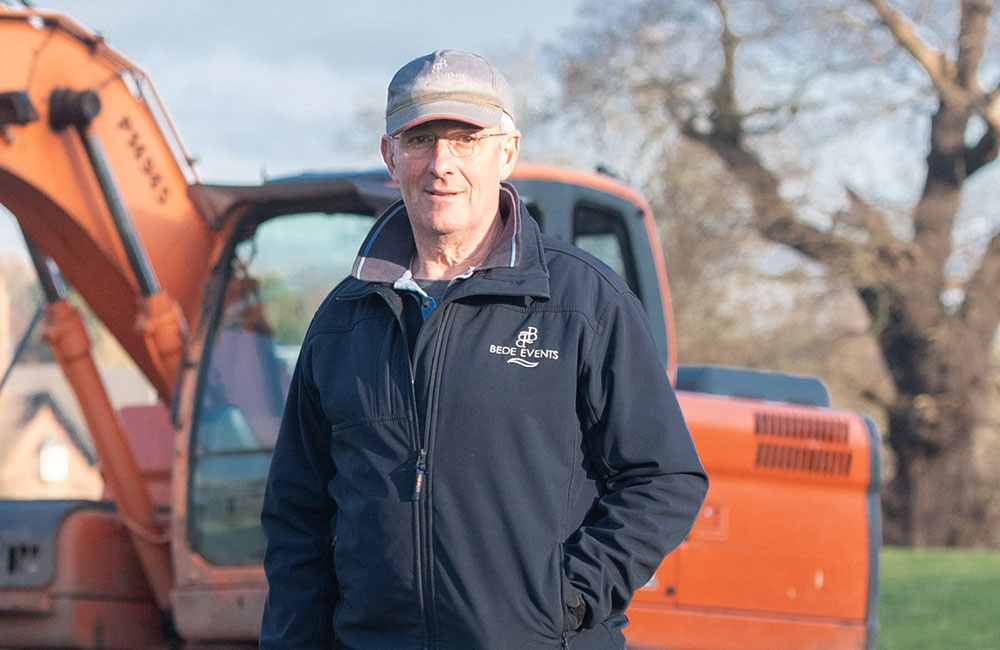 Firle Place was the first of the Area Festivals, so nobody really knew what to expect, but we tried to give them an upgraded feel and value for money.

The venue is amazing so that helped, having the backdrop of the house and beautiful park. We had long-arena dressage and the show jumping was held in front of the house. It was really nice to create something that was more technical and challenging, as well as dressing it up to look the part.

The feedback was fantastic. The riders loved it and they enjoyed the challenge in the cross country because that was a step up from everything else they’d taken part in at this level.

We were asked to deliver something that would prepare the riders for Badminton. We couldn’t do much with the height or technicality because these are 80, 90 and 100 horses and riders, but it was about increasing the intensity so the riders didn’t have lots of let-up fences. Normally, they have three or four combinations, but we had six to eight so that put a bit more pressure on because all the time the riders are having to think and are challenged in a positive way.

We already have plans to develop the experience further next year and make it a better course, and I think it will develop further over time. As well as finding a way to be more challenging, it’s also about providing a better educational experience because we’re not testing these riders, we’re educating them at this level, keeping them safe and giving them a good event. 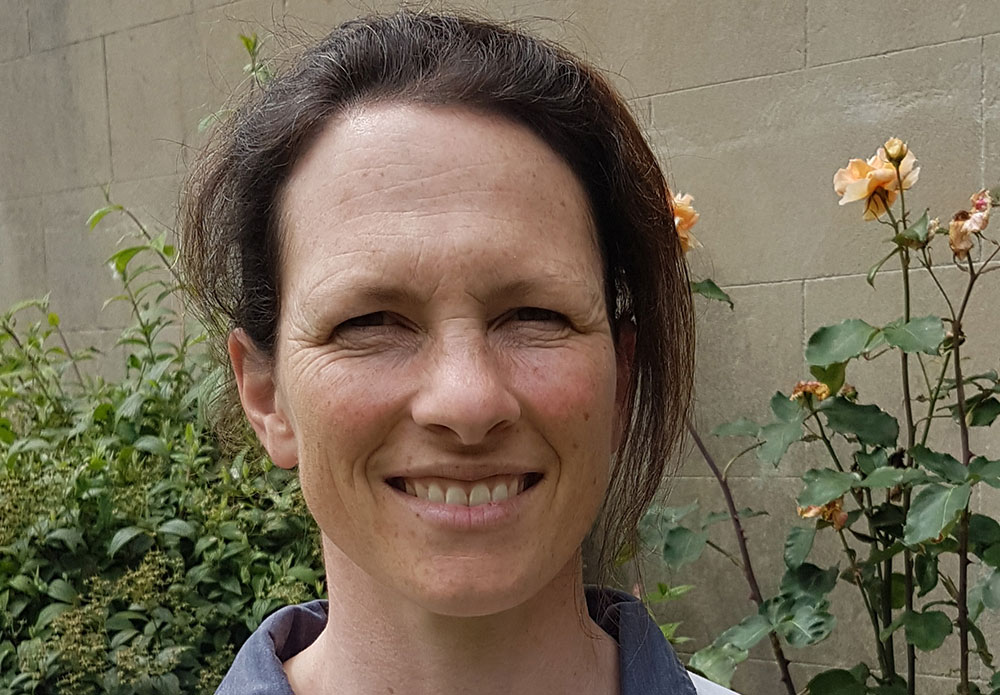 It was certainly a punchy track at Firle and they definitely made a championship event for the riders. This is where Area Festivals are very good because going straight to Badminton can be quite a shock to the system, so it’s good to have a layer of events to bridge that gap.

I was there watching my riders and it was quite interesting to see the combination was causing a little bit of trouble, which shows the step up in the length of course because they’re doing nearly an extra minute. If a rider has never done a course that long previously, the horse and rider will get tired without that experience. Anyone who competes at international level would understand that and it’s great for amateurs to experience that too.

Technically, it’s certainly a good filler for the gap if they’re working between levels. Let’s say they want to go to the BE90 championship and they’ve got the BE100 in sight for another year, then these Area Festivals are good preparation for that.

Everyone enjoyed themselves. It was lovely how they set it all out with the flower pots and pomp to make it feel like more of an occasion. With the show jumping right in front of the house, the riders got a great picture as well, which is always nice for them to take away.

It’s not a normal situation with Covid, so you don’t have all the supporters there watching, but that will change in the years to come.

There’s still plenty of nerves being chucked out there already and it might be because it’s something new. But it’s a great day for everyone involved and will only grow from here. 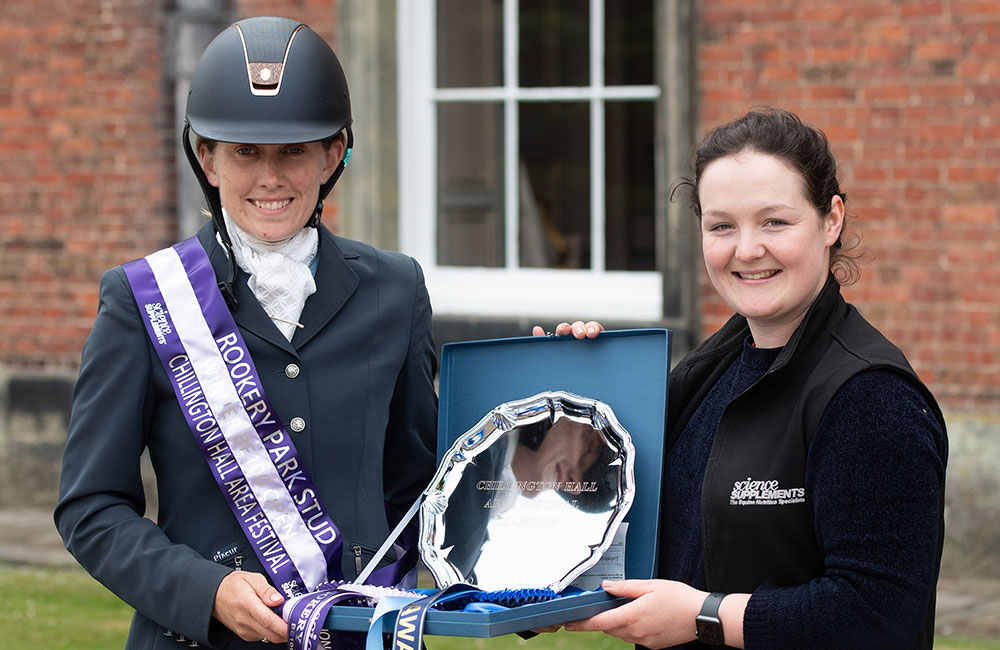 From a rider who works with horses for a job, I love that there’s an Open section. As I’ve gone Intermediate, I can’t do Badminton grassroots, so this Open section gives riders like me something to take part in.

I’m a professional because I make my living from horses, but from buying and selling rather than riding. I have horses such as George [who won at Chillington Hall], who I’ve had for his owner, Julie Jeffs, since he was four-years-old. But I’m stuck in a limbo because, previously, I wasn’t good enough or had the horses for the British Championships as it’s against the top pros but I can’t do Badminton grassroots either because I’ve gone Intermediate.

There are a lot of riders like me who have one good horse every so often that you want to progress with because you want to get the experience but it knocks you out of other events.

The Open section at the Area Festivals allows us to bring on young horses in a bigger atmosphere because it’s a long arena and a championship feel, which is what you want them to experience. It was so refreshing to do something different.

It all went really well and the feedback on Frickley was very positive. People enjoyed themselves and had a good event. The enhanced courses meant that riders were able to complete slightly bigger and more difficult tracks on the cross country and show jumping, which was influential in the BE100 class.

The event is supposed to give riders that thrill of going to a championship and the organisers are trying to make it feel like a destination event to aim for.

By offering stabling over, it means you can have dressage on the Saturday and then show jumping and cross country on the Sunday to make it a full weekend. It brought people together and will be even better when there are no longer Covid rules.

I had a high volume of enquiries leading up to the event, probably treble on what I’d normally get. People wanted to make sure they’d learned the right test or didn’t get lost, or to check how many fences there would be on the cross country course. There was definitely more people on the phone to me saying they were excited to be coming. There were some nerves there too, but it brought out the best in people.

It’s a great opportunity for grassroots competitors to have a championship that includes a lot of people. To get two double clears is a great thing and riders are happy when they get one, so to get two and then be able to qualify for something is a bonus. 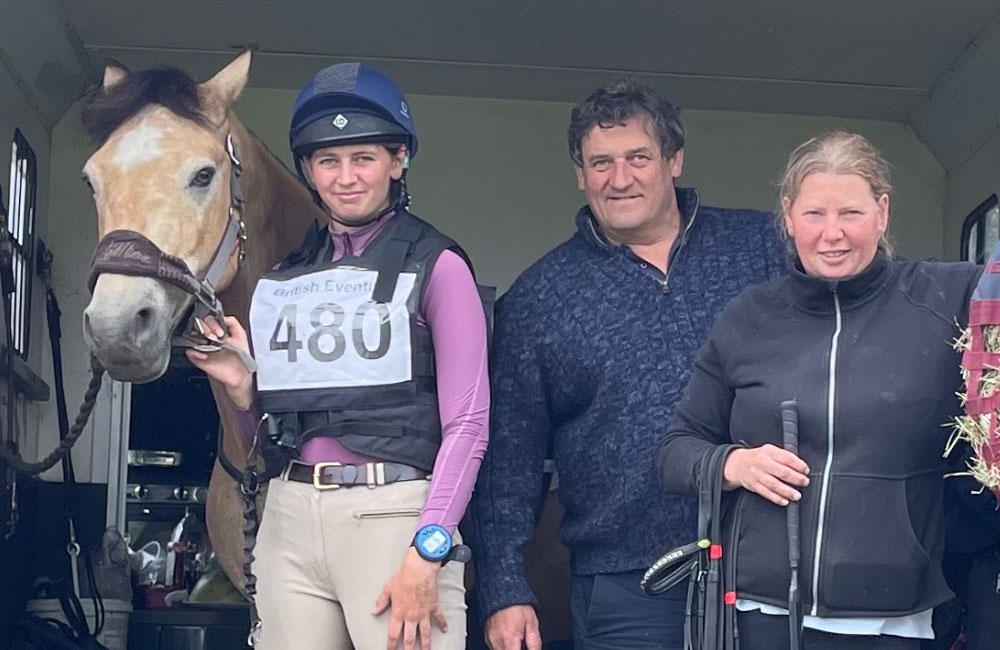 To be in the championship environment was good and the courses were technical, so it provided a more premium feel. It was very well organised.

It was a bit of a step into the unknown because Chloe has done championships before but nothing at this level. We were so upset when Badminton was cancelled, so we entered late and thought we’d go along but never expected to do as well as we did [Chloe won the BE90 Championship].

We’re aiming for the under-18 championships this year so, hopefully, this will give us the stepping stone into that. If Chloe gets selected, it’s good to have something under her belt so she knows how they’re run.

Badminton is what everyone aims for, but it’s good to have the Area Festivals as a pathway because you don’t have the same pressure. If we’d have gone from doing a regional final to Badminton, we’d have been out of our depth, but having the Area Festival gives us confidence to that next level.

It was also lovely to have a class that’s not won in the dressage ring as otherwise it becomes a bit of a procession. It made it a proper event and championship class.