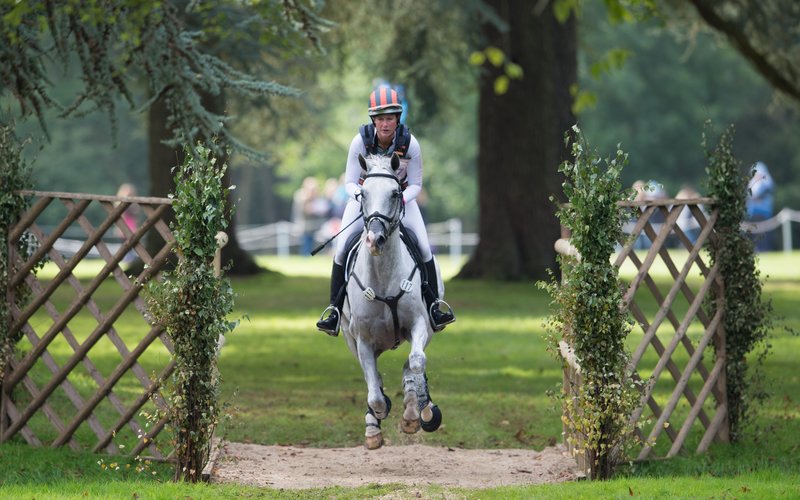 It's likely that not many of us have ever stopped to really think about exactly what goes into the organisation of an event - and even less think about whether the land we're galloping over or spectating on is a designated conservation area. We take a look at some of the extra (and unusual) challenges organisers face.

Elliott Fairs is the Hampshire and Isle of Wight Wildlife Trust’s Reserves Manager, helping organisers to run successful events while also benefiting wildlife; “You can’t get a more legally protected piece of land than Tweseldown, but while many may see being designated a SSSI as a hurdle, Tweseldown proves anything is possible if you’re open, honest and have a plan.”

To the uneducated eye, the sandy tracks through heather and gorse in the centre of the ancient racecourse might just be viewed as wasteland, but it is a habitat for rare species, as Elliott explains: “Heathland is the one of UK’s rarest habitats and the 60 hectares or so at Tweseldown forms part of a much bigger network of local heathland owned by the Ministry of Defence [MOD]. If Tweseldown was surrounded by farmland it would be good, but as it is surrounded by pockets of other heathland, it is great!”

Three bird species are among the wildlife to make Tweseldown their home: the Dartford Warbler, the Nightjar and the Woodlark. Proving eventers and avians can live in harmony, Elliott explains: “The Woodlark is a ground-nesting bird which sits on its eggs on ruffled sandy tracks- those created by the horses galloping are ideal - but once nesting, needs no disturbance. In 2016 we found a nesting Woodlark right on the course track so the course had to be re-routed. The event ran smoothly, the chicks hatched successfully and riders were none the wiser!”

Taking over the Tweseldown lease two years ago, Rachael Faulkner explains: “We opened the lines of communication and I discovered that doing nothing had given Tweseldown ‘declining’ status, whereas the work I wanted to do to clear trees to create better visibility for the spectators, and to incorporate more of the racecourse, was actually what was needed for the heath too.

“It is win, win, win,” says Rachael, adding: “Natural England are happy, the MOD is happy and our riders are happy!”

Blenheim Palace near Oxford was inscribed as a UNESCO World Heritage Site in 1987 for the Palace architecture and for its landscaped park. The original landscape was modified in the early 18th century by Lancelot ‘Capability’ Brown and is seen as one of the greatest examples of naturalistic and romantic landscape design by UNESCO. As such it is not so much the wildlife that worries the Palace Trustees and the higher powers to whom they must re port, but the topology.

David Evans, who has worked at Blenheim for around 20 years, first as a course builder, says: “We have been lucky that we’ve only had one change of estate manager in that time because we have to build a trusting relationship.”

Part of this is making certain the Palace team know that the park ground will be reinstated after the event.

When the course designers wanted to alter the camber on a corner to aid the horses, it took three years to get permission and a further two years to actually achieve the objective.

“I’m aware some organisers have had to apply for planning permission for a fence, and the process here is similar with just a few more steps. I apply to the estate, they take it to the Palace Trustees, who, if needed, then refer to higher powers.”

David also works at Chatsworth Horse Trials and says: “They gave me the advice that if an archaeologist came to the site in 100 years from now, they should be able to understand what has happened. It’s just part of the job and the only hard bit is you’ve got to think of what you need to do a long way in advance!”

Drive into the Calmsden event at Ampney Down Farm near Cirencester and it appears made for eventing, with great spectator viewing in a stunning valley and rolling farmland, plenty of space and easy access.

The Verey family have been tenants on the land since 1959 and as wife Jo is passionate about eventing, it was a natural progression from holding hunter trials and team chases to BE Affiliation in 2010. Last year Calmsden was supported by numerous international riders over the BE80(T), BE90, BE100 and Novice courses.

Around 60 acres of the farm is assigned as an SSSI, and Jo avoids using any of this area: “It has SSSI status as ‘unimproved, species-rich Cotswold grassland’, which means that it is visited by those wishing to study the 37 of the 39 ‘indicator’ species of wild flowers found in the Cotswolds, or to view the vast butterfly population, with 26 of the 37 native species of the UK represented.”

In practical terms, Jo explains: “Its status means that we can’t touch it and so couldn’t prepare the ground in any way. However, it also has open access status, which means people can come and wander about – they’d be put at risk if riders were also on the site!”

Jo and her husband work to the restrictions, including using portable fences where appropriate, and their dates work well – with events in July and October, they can grow hay or haylage crops, and graze cattle in between.