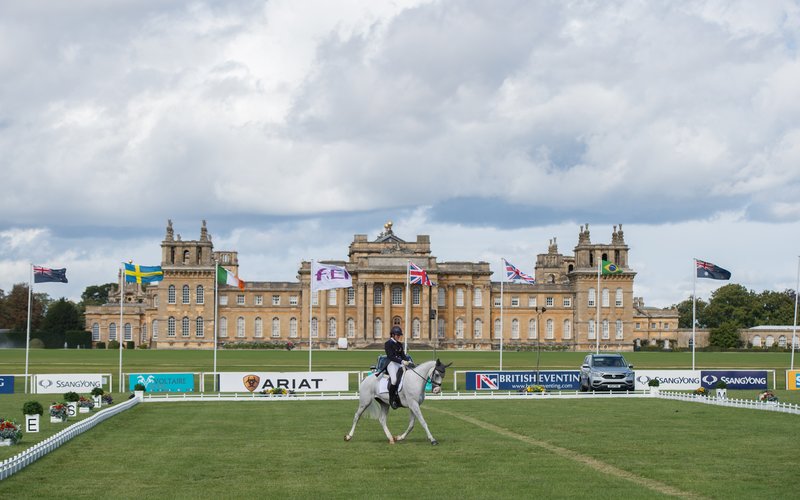 Behind the beautiful eventing locations

There's no doubt that part of eventing's appeal is the stunning places where competitions are held. Not only can spectators enjoy days of high-octane horsey action, but you can browse tradestands full of goodies and a fantastic social scene, all against the backdrop of some of the UK's most impressive country estates. Here are a few things you might not know about some of the spectacular venues.

Event: Belton International Horse Trials (13 -15 April 2018)
Now owned by the National Trust, Belton House is a great example of Carolean architecture and has been described as the most complete example of an English country house. It was originally built for Sir John Brownlow in the 1680s and houses impressive collections of porcelain, silver, paintings and books. In the late 17th century, the formal gardens were designed, and the 1,300 acres of park land are home to 300 fallow deer.

Event: Mitsubishi Motors Badminton Horse Trials (3 - 6 May 2018)
Home to the Duke and Duchess of Beaufort, Badminton House dates from the 17th century and is situated in beautiful deer park. Perhaps the most famous fact about the place is that the game of Badminton was invented in the house in 1863.

Event: Saracen Horse Feeds Houghton International Horse Trials (24 - 27 May 2018)
Built in 1720s for Great Britain’s first Prime Minister, Sir Robert Walpole, the Palladian building was designed by Colen Campbell and James Gibbs, with interiors designed by William Kent. The five-acre walled garden is divided into ornamental gardens, including a herbaceous border, an Italian garden, fountains and a formal rose parterre with more than 150 varieties of rose.

Event: Aske Horse Trials (30 June - 1 July 2018)
Aske Hall boasts an impressive history, first referred to in 1066 in the Domesday Book as little more than a square tower. It has obviously developed since and the landscape of the grounds was designed in 18th century. The grounds feature a stable block, which was converted into a chapel in Victorian times with Italianate décor. A Gothic-style folly was built in 1745, along with a coach house, Victorian stable block, walled garden, terraced garden and lake with a Roman-style temple.

Event: Blair Castle Equi-Trek International Horse Trials (23 - 26 August 2018)
Blair Castle has been the home of the Atholl family for more than seven centuries. The castle has 18th century interiors and Scottish baronial architecture across 30 rooms. Designed in the 18th century, the historic landscape features a walled garden, a wooded grove, a ruined kirk, a red deer park and a Gothic folly. Highland cattle and red squirrels can be spotted around parkland.

Event: Land Rover Burghley Horse Trials (30 August - 2nd September 2018)
Burghley House was built and designed by William Cecil, Lord High Treasurer to Queen Elizabeth I, between 1555 and 1587. The main section of the house has 35 major rooms, with more than 80 smaller rooms surrounding. Across more than 2,000 acres of land is the gardens and parkland, designed by Capability Brown and still occupied by a herd of fallow deer.

Event: SsangYong Blenheim Palace International Horse Trials (12 - 16 September 2018)
Blenheim Palace is a Baroque building, home to the 12th Duke of Marlborough and his family and was the birth place of Sir Winston Churchill. The building is a UNESCO World Heritage Site sitting in more than 2,000 acres of landscaped parkland and gardens. There are now several Sites of Special Scientific Interest across the grounds, including the Great Lake and ancient oaks in High Park.

Event: Osberton International Horse Trials (27 - 30 September 2018)
The estate has many features, including Dower House (pictured), a stable courtyard and 47 acres of grounds. It was owned by the Foljambe family, who were landowners in Nottinghamshire as far back as 1272, when Sir Thomas Foljambe was bailiff of the High Peak in Derbyshire.
Enjoy the outdoors? Discover the seven best sports for walking in the UK here.