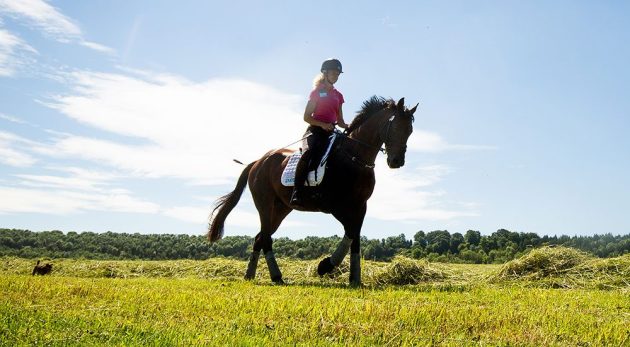 Not every talented horse can cut it in eventing, but with a good eye and correct training, honing a winner is possible

Amid the rolling hills and sleepy villages lining Wiltshire’s roads, one voice breaks through the peace, booming with instructions and advice.

It takes only minutes within Lucinda Fredericks’ company to feel the passion she has for everything and everyone who makes her yard hum with activity. In every nook and cranny of her eponymous equestrian facility, there are horses, people and a hareem of tiny dogs providing life. And Lucinda is unmistakably in charge.

A champion rider before a knee injury curtailed her career, Lucinda’s zeal was a key part of her success as a team silver medallist with Australia at the 2008 Olympics, as well as chalking up wins at Burghley, Badminton and Kentucky.

But while she can no longer compete, there’s a new reason to keep Lucinda brimming with energy as she trains a stable of top horses for others to succeed on.

“The breeding side started purely because of Headley Britannia,” explains Lucinda, referencing the horse she achieved her top victories with.

“When she [Headley Britannia] won Burghley in 2006, we won a bursary for a free embryo transfer at Twemlows. So after winning Burghley in the September and Badminton the following year, on the Tuesday morning afterwards at 3am, I put her on a lorry and took her up to Twemlows, where she stayed for eight weeks.”

Headley Britannia was a coveted asset after becoming the first mare to win Badminton in 53 years, so she was bound to be of good stock. The two embryos created Little Britannia and Britannia’s Mail, kickstarting a lineage of high-quality horses, seven of which live on Lucinda’s yard in a village lying just a stone’s throw from Devizes. 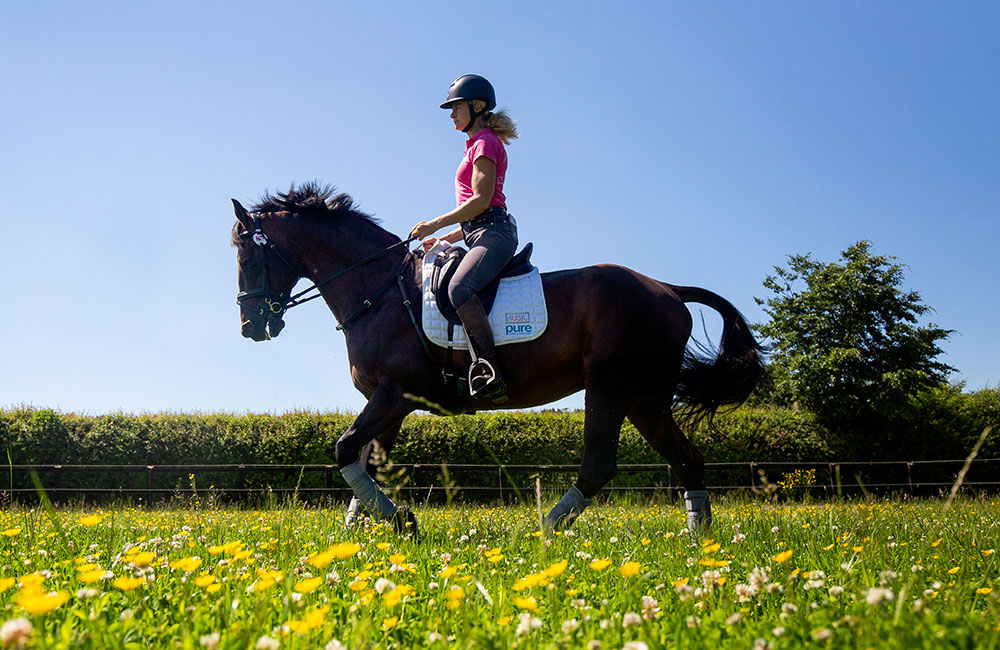 Across the next 14 years, Lucinda and her team bred a steady stream of horses, some of which still live onsite and others that have been sold on.

Little Britannia was sold two years ago to the Scarteen Stud in Ireland, while Britannia’s Mail remains as the prize stallion, competing at 3* level and going to stud regularly between competitions, siring more than 140 foals. It makes him one of few stallions managing to stud alongside competition.

Pairing horses and characteristics is a science in itself and it can be a puzzle to find the best combination to breed elite horses.

“Choosing the stallions can take hours,” Lucinda says. “What a lot of people do is look outside the names and at what your mare lacks.

“For instance, I put Bella Britannia – who’s very close to thoroughbred, built a little bit downhill, a careful jumper, short coupled and really tough but needs a bit more boldness – with Timolin. The reason I paired them is because he’s so uphill in the front, which will, hopefully, complement Bella’s extravagant hind end over a fence.

“I also had a second 5* mare in Prada, who was an amazing jumper but slightly hot-headed and over.enthusiastic. Temperament-wise, I needed something a bit calmer, so I put her daughter in foal with Britannia’s Mail because he’s cool. That trainability and toughness outweighs any exuberance in my mind for an event horse.”

Breeding a top eventing horse is arguably even trickier than for other equestrian sports because of that need for an all-rounder. And identifying early on if a horse can make the grade or is better suited to another discipline is key for a breeder to get the most out of their stock.

To help with that, British Breeding’s Futurity scheme offers horse evaluations to pinpoint a young horse’s talents so an owner can adapt. Open to amateur and professional breeders, the Futurity analyses each horse against a set criteria to identify performance potential for dressage, show jumping, eventing or endurance sports. Lucinda judged on one of the Futurity evaluations this summer and has developed a good eye for what her horses are capable of.

“To breed the top dressage horses or top show jumpers or top racehorses, it really is about the breeding. But with the event horses it’s very much about being an all-rounder,” she explains.

“You can have the most outstanding horse but they miss something that enables them to event. We had one, a beautiful horse with the most phenomenal paces and jump, incredibly bold, galloped but didn’t have the brain for it. You had to work the horse so hard to settle, they were never going to stay sound.

“I do think now, the quality of the competition is so high you do need better jumpers than you did 15 years ago and you need the better dressage horses. But once you get up to a high level and they’re doing flying changes and more lateral sideways movements, the normal paces don’t show as much.” 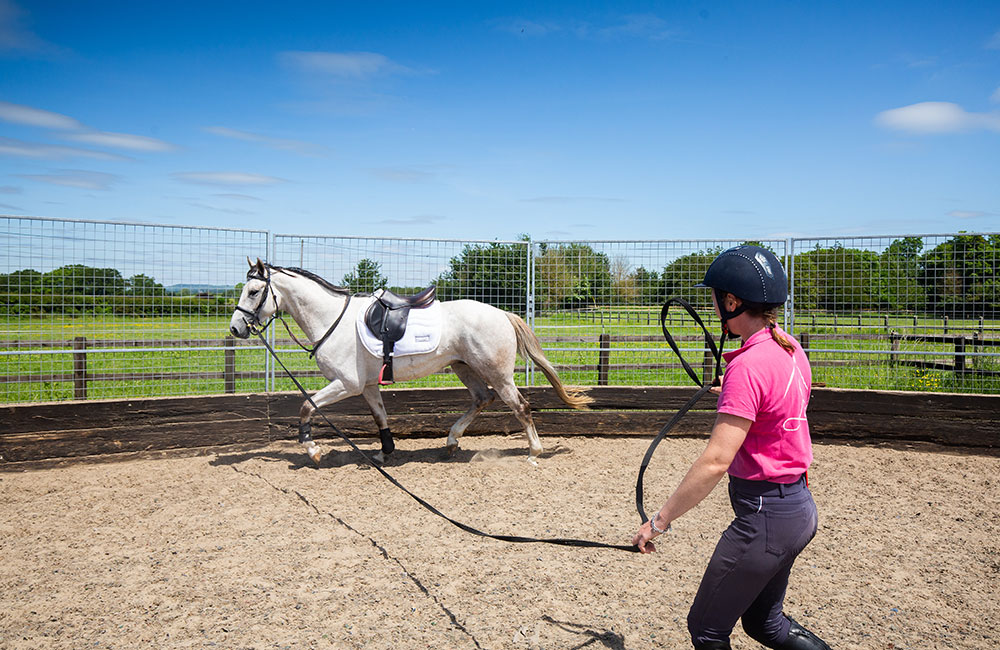 Young horses are taken to the lunge pen to continue their education. Photo: Roy Kilcullen

Lucinda is supported by a team of seven, some of whom stay in lodgings next to the stables. They put the horses through their paces, according to their needs.

That can differ depending on their development. The youngest horses are, initially, left to graze in the field during the day and are introduced to coming into stables and loading on and off the lorry from an early age. Around the age of three, the horses are introduced to the idea of having a rider by being led around with numnahs and rollers on, before being loose-reined and eventually sat on.

Once their back strength improves, the horses will spend time in the lunge pen, where they will have a saddle fitted before moving or jumping in a confined space with a rider on their back. Young stallions, in particular, can be boisterous, so the rider is carefully supervised by another member of the team before the horse graduates to the training arena.

After this point, the training plan can differ depending on a horse’s performance pathway. Although it’s not always obvious at a young age which will be the elite horses.

“I look at some of the young horses and they can look fairly average at two- or three-years-old,” Lucinda says. “But you get stunning three-year-olds that don’t make it because they don’t have the brain.

“The fast developers almost get overtaken by the lanky ones that need time to develop. A lot of horses and event horses aren’t really tight in their front legs when they start because they’re just developing their technique, strength and balance. The ones that are really tight might end up being too careful.

“If you look at all the winning 5* horses, they’re a mixed bunch, size-wise, build-wise and temperament-wise, but it all comes down to the right training with the right rider.”

And there’s another key point for owners and breeders to consider. Finding the right pairing for an emerging talent is crucial if horses are going to live up to their potential, so understanding the best rider for a horse could make all the difference to them hitting the top.

Lucinda found that with Britannia’s Mail as she struggled to find a replacement after she retired, meaning two wilderness years until her teenage daughter, Ellie, hit it off with him.

A responsible breeder always has difficult decisions to make, but their instinct on pairings or potential horses are taken buyers is normally a strong indication because they’re so familiar with a horse’s heritage and character.

Similarly comes the need to make sure there’s a good balance of horses in the stable. With 24 horses currently living at the Lucinda Fredericks Equestrian yard, they’re used to having a full house. But what they must consider is whether they have too many fully grown stallions at once, which means they often have to weigh up selling or cutting any new blood coming through.

“This summer, I couldn’t keep another stallion,” Lucinda adds. “Britannia’s Mail isn’t going anywhere. Britannia’s Bijou is unique with his blood and breeding but needs a small, ambitious rider to produce him to his full potential, so sadly he will be sold. Upsi Britannia has the potential to be an outstanding event horse so he will remain as a stallion.” 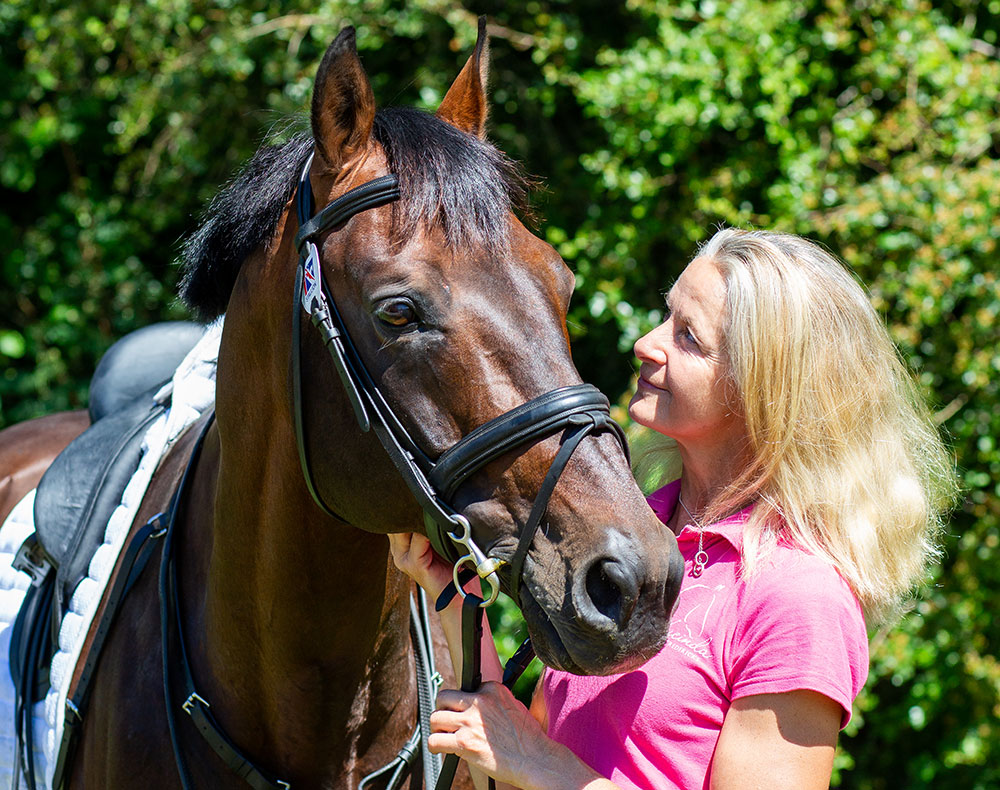 WHAT IS THE FUTURITY?

British Breeding’s Futurity programme is an evaluation of young horses, marking them against a series of criteria for the horse’s age and discipline. This identifies talented young sport horses and ponies to give breeders information to make informed development decisions in the future.

The feedback British Breeding provides will indicate a horse’s suitability for its intended discipline – eventing, dressage, show jumping or endurance – and market, recommending if they are set for an elite pathway.

The Futurity is open for both amateur and professional owners and breeders, with horses not required to be in show condition in order to get a truer read of their assets.

Horses and ponies from foals to three year olds are eligible for performance evaluation at a number of sessions across the UK each summer, while four- and five year olds were added to the programme in 2019 to offer them a more tailor-made experience.