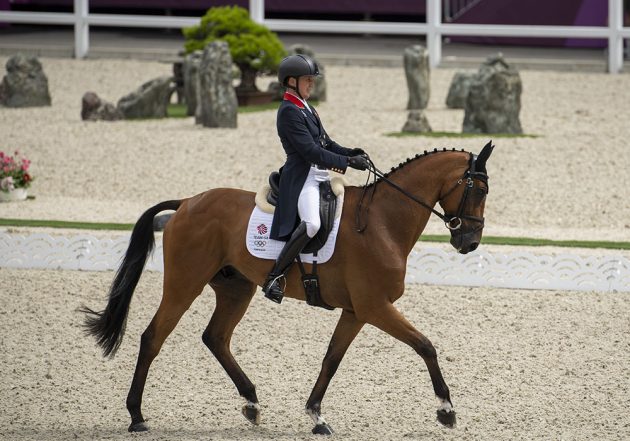 After a memorable year for the double Olympic medallist in 2021, Tom answers your questions on his horses, the year that was and why there could be more success on the horizon

Q: You enjoyed an incredible 2021 in the saddle. Has winning gold and silver medals at the Tokyo Olympics sunk in yet?

It has, but it hasn’t – which is probably the easiest opt-out in the world. Watching the Olympics on TV after coming home and seeing other athletes get their medals and realising we’d done the same thing was huge. The amount of people it’s touched – whether in eventing at the shows later in the year, in the local area or further widespread than that – has been quite amazing.

Has it completely sunk in, though? Probably not. It still feels amazing, but it’ll probably only properly sink in when the time has passed and people have moved on to the next thing.

Q: What did winning two Olympic medals last summer mean to you?

The Olympics has always been my aim since I was a child. I love all sports and each one has its pinnacle, whether it be a World Cup or World Championship. But, for me, the pinnacle of eventing is the Olympics. In a way it’s what British Eventing is built around and builds everyone towards. We’re lucky enough to have the big Burghley and Badminton events in this country, which are phenomenal, but after that the Olympics is the peak.

A lot of people appreciate what we [riders] do, but with an Olympics, all of a sudden all your friends you went to school with or wherever all realise why you get up at silly o’clock and miss things on weekends during the summer – they start to see what you’re putting in reaps rewards. Maybe Burghley or Badminton mean something to them, but some of the other classes don’t and they think, ‘he didn’t need to miss all of this for that’. Then they see the Olympics and it completely changes their perspective on it all.

Q: You were successful as a junior rider too, winning a number of titles as you worked up the ranks. How important is winning to you?

I’m very competitive but for different reasons – it’s not always to win. Competitive could be competing against myself, or it could be just improving the horse, like with a young horse in young horse classes. But, for me, when I get to the Olympics, with my competitive mind it is about trying to win because I’ve put all the work in.

But as you look lower down the levels, I could be competitive just about doing a double clear and setting a score in the dressage. It might not win you the class, it might not even get you in the top 10, but all the time you’re striving to do your best in a combination with that horse. 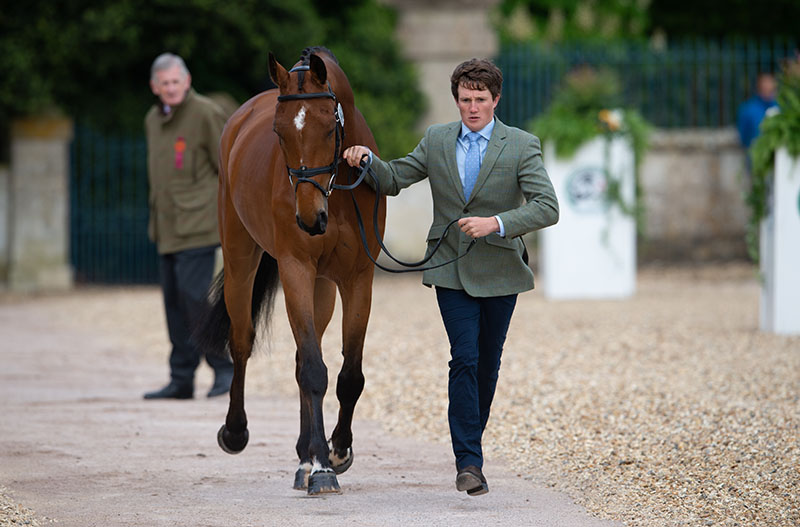 Q: The bond you have with your horse Toledo De Kerser is well-known. How did the two of you strike up such a strong relationship?

He sort of found me. He was four turning five and [Australian rider] Sammi Birch had found him for an owner, Frank and Jane Inns, at the time. He was a very tricky young horse and was difficult to get on. He was impossible to jump at home, so much so that we still never jump him at home, he just jumps at the shows. In the winter we have to take him elsewhere to have a little pop, but it would be a pop and that’s it.

As soon as I sat on him, I Ioved him. Riding is all about a bond and a joy, and it’s a partnership – as soon as you find that click, it’s sensational. And we found it really early doors and I’ve absolutely loved every day of riding him, and he loves it too.

Q: Is Toledo your all-time favourite horse or is there another one who takes that title?

I couldn’t really answer that; I love all my horses. Some have achieved special things with me including Toledo, or Diesel winning the U25 Championship at Bramham when I was really young. Then there was Major Sweep who did Young Riders with me or Dick Taytoe for Pony Trials.

I could probably take it back to the very beginning with this beautiful little Connemara pony called Con. He would look after you no end, all you had to do was point him in the direction you were going and if it was one stride, he’d put in two,if it was two strides, he’d put in three.

He’d never have a fence down unless somebody tried to tell you he had to put in one stride – he was sensational and so much fun.

He was quite impressive and used to halt and snort at the end of every dressage test. He was the one who got me into eventing at a young age, so perhaps it all boils down to him.

Q: Looking to the future, are there any of your young horses coming through that you’re particularly excited about?

I’ve got a few, I’m really lucky. Just behind Toledo I’ve got CHF Cooliser, who came second in her first 5*, and Bob Chaplin, who are both really exciting horses. Below that there’s MHS Brown Jack who, even though he didn’t have his best year at Le Lion in 2021, is a seven-year-old turning eight and a very exciting one to watch. He’s a big horse and is just taking a bit of time to get it all together, but when he does, it’s going to be amazing.

Then below that I’ve got a really cool young horse that no one’s seen, called Monbeg Equity. He’s completely barking mad, but I do think he’s quite exceptional. I’ve got a few nice young Brookfield horses – two that arrived in November – that are very exciting for the future too. I’ve got a whole load to look forward to and there’s definitely some stars for the future.