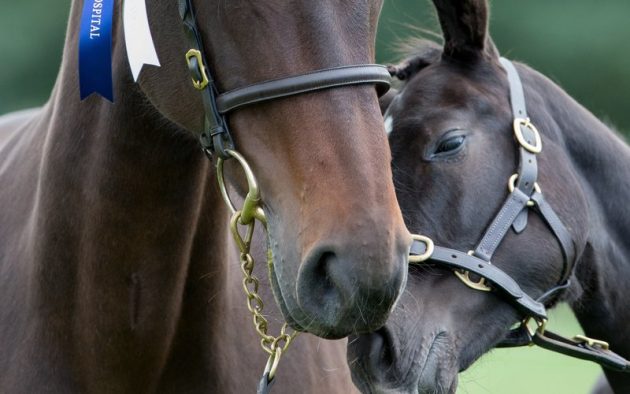 What is embryo transfer?

When spring is in the air your social media may be flooded with pictures of proud parents sharing the latest addition to their equestrian family. But when they say they are an embryo transfer foal, what does that mean?

Well, embryo transfer (ET) is a non-surgical, painless process which moves a fertilised embryo into a recipient mare’s uterus, the foal is then carried, born and raised by a surrogate mare. We find out more about the process, why breeders do it and look at some ET foals born to famous mums.

How does embryo transfer work?

The mare donating the egg is fertilised while ovulating, usually by artificial insemination (AI) and about six to eight days afterwards, the embryo is ‘flushed’ and the fertilised embryo will be moved to a recipient mare’s uterus.

About seven days after embryo transfer the recipient mare will be scanned to see if she’s pregnant and that mare becomes a surrogate mother to the foal until weaned.

Why are breeders using embryo transfer?

If the mare is still competing, ET means the disruption to their competitive career is minimal, causing no interruption to their sporting season. It also provides a solution to mares with reproductive problems, whether that’s age or physically related. It’s a way of producing progeny from talented mares who are unable to carry full term.

Excitingly, it can also mean these top mares can have more than one foal a year by different stallions.

Fifteen years ago, breeding by embryonic transfer (ET) was unusual; these days it’s normal practice. ET keeps top mares in the sport while getting the best out of them – competition mares become donor mares as their fertilised embryo is placed into a recipient mare. 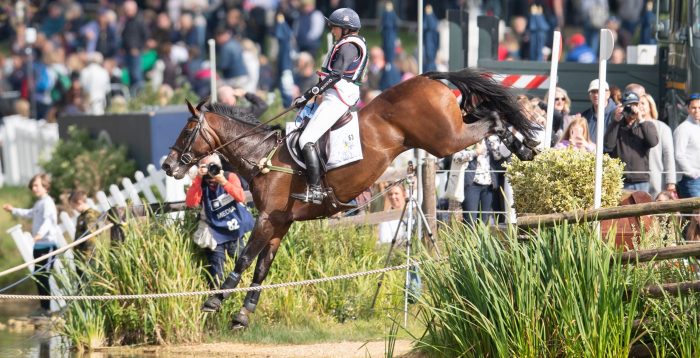 Twemlows Stud Farm was one of the first in the UK to establish a dedicated ET programme and offer a scholarship each year to the highest placed British-based mare at Land Rover Burghley Horse Trials. Thanks to this, Vanir Kamira has had three embryonic transfers with three different stallions: Chilli Morning, Upsilon and Jaguar Mail. Vanir Kamira has a Jaguar Mail colt and a Chilli Morning filly on the ground, and an Upsilon one due in 2020.

2018 Badminton Horse Trials winner Classic Moet (‘Molly’), ridden by New Zealand’s Jonelle Price and owned by Trisha Rickards, had a double ovulation in 2017. Molly had two embryos flushed at Twemlows Stud and the sire was CCI4* stallion Upsilon – out of his 15 International completions Upsilon has never finished outside of the top five, including nine wins. They were put in the uterus of two different recipient mares, one going to Jonelle’s (Faerie Good Golly) and one going to Trisha’s (Faerie Usain). The foals are technically twins as they spent their first eight days in Molly’s uterus.

Jacky Green is PA to Jonelle and Tim Price. Jonelle refers to Jacky as Molly’s godmother as she rode her first. Jacky said; “We chose Upsilon as his best bits complemented Molly’s worse bits! He moves beautifully, she has a rather Thoroughbred trot. He jumps in a classical way, she is more of a ‘world hurdler’ type in the air, but to her credit she is massively brave across country, whereas he is maybe a bit more careful. Of course, she has the fastest gallop of any horse eventing, whereas he wouldn’t be the quickest. So hopefully the girls will be the best bits of both!”

Jacky continued; “The old ‘nurture versus nature’ adage springs to mind. It is important the mare raising the foal has a nice character and temperament as it is incredible how fast learned behaviour develops in foals.”

Faerie Usain (‘Maude’) was born three weeks after Golly at Trisha’s home, Brockenhurst Park. She will be started from there and will always return for holidays.

Trisha explained; “Embryo transfer is now so reliable that mares can continue their careers with barely a break. Winning certain competitions gives vouchers for this and it has brought forward our most competitive mares to breed when they are still young enough. Of course, AI helps enormously as the stallions on offer are from anywhere in the world. I chose Upsilon and am very pleased with my filly, and she certainly moves more like her father than her mother, but hopefully she has the amazing cross country ability of Molly!”

Gemma Tattersall’s Olympic eventer Quicklook V had a double embryo flush thanks to ET. The sire was Chilli’s Prince, whose sire is 2015 Badminton Champion Chilli Morning.

The foals were born seven hours apart at Cranbrook Stud, a filly and a colt. Both are now at Gemma’s base, Tattleton Manor, where they will begin their eventing careers. Gemma said; “They were bred to be top event horses and already are siblings to class horses.”

Gemma is hoping the filly and colt inherit Quicklook’s competition brain and Chilli’s Prince’s great jump. She added; “We hope these things are passed down. They are nice horses, very well bred and put together. I think it’s important they have a nice nature. We try to breed top class and if they don’t make the top level they will still be a good horse for someone at some level.”

ET has certainly revolutionised event horse breeding, with people almost able to cherry-pick traits of the top performers to pass on to future generations – and all without disturbing a mare’s career. We look forward to seeing some exciting progeny making their mark on the eventing world in the near future.