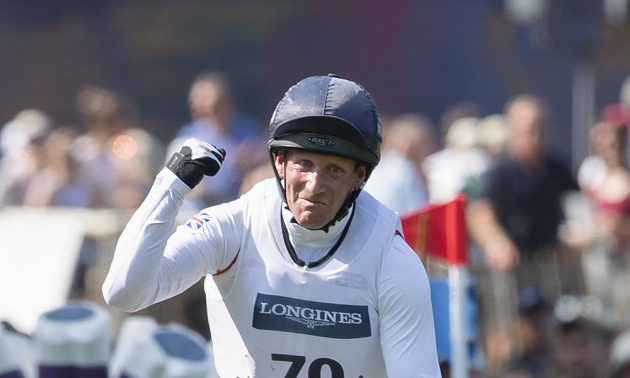 There’s no formula for being a winner. No secret ingredient that suddenly turns a contender into a champion. No manual with instructions on how to realise ambition.

Yet dissect what many winners in any sport do on their way to victory and there’s a common thread intertwined in their stories. It might not be enough to guarantee victory at a top event, but not getting the top spot doesn’t stop someone from being a winner.

“Define a winner,” challenges sports psychologist Sally McGinn. “Because many people can win at things but not necessarily come first. I guess it’s understanding why they do what they do and what they see as success.”

It’s an important distinction to make. A rider, for example, doesn’t need to have a full trophy cabinet to have a winner’s mentality, as Sally explains: “There’s no scientific research behind defining a winning mindset. It really is about understanding how people go about achieving what they see as being acceptable as success and what is unacceptable to them as a failure. Then there’s the bits in between to manage that.

“If you look at the eventing world, there are people who never get beyond BE100, but their successes are all about going clear at cross country or achieving a dressage result below the 30s or identifying they were able to stay on and enjoy themselves – that’s a win.

“Then you’ve got the elite who define success depending on the horse they’re riding. If they have a young horse, success for them is to grow and develop along a five-year plan that is going to get them from novice to, potentially, 5*. There will be various successes throughout that journey but not necessarily winning.”

For many successful sportspeople, this is the essence of how they scale the heights of competition. Instead of fixating on the ultimate goal on the horizon, they set a series of smaller targets, each one taking them a step closer to glory. It’s a method that transforms what can appear to be an insurmountable task into something that’s much more achievable. And with regular successes becoming the norm, a feeling of positivity builds and that creates momentum. 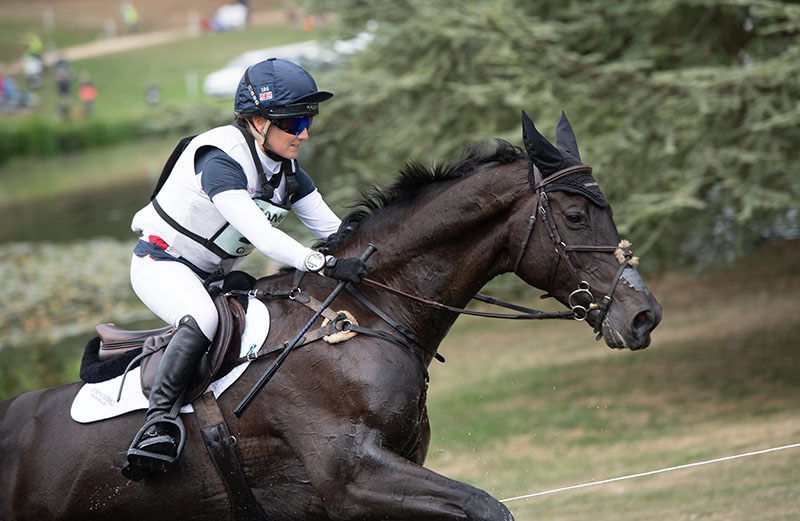 Laura Collett has a plan to help her perform at her best. Photo: Adam Fanthorpe

“It’s all about learning to have a plan and performing at your best,” explains Olympic gold medallist Laura Collett. “Every competition is different, so you have to treat each one differently, but there’s no doubt that when things are going well, you’re riding on a high and good things keep happening – but it works the other way as well.

“It’s about breaking down a big goal or a big aim and then working backwards from that goal, figuring out what you need to achieve to make that goal a reality. On a personal level, I don’t find it very helpful to have only one focus. You need to have a process [of smaller steps] and if you work through that, it takes away the one [big] thing and getting stressed about it. I’ve found that’s how it works for me and is more helpful.”

Whatever winning looks like, it’s easy for those methods to desert an athlete when they’re close to achieving that goal. Having worked so hard to have that finish line in sight, the final steps can be the hardest as the pressure and realisation come into view.

Some will handle those jitters without more than a minor wobble, but for others it can become a debilitating personal battle. A saga that only gets worse the more times they come close to achieving a goal but fall narrowly short. The mentality needed to make the breakthrough is similar to the one Laura uses when aiming for success.

“Very often you can allow the outcome to get the better of you,” psychologist Sally says. “If you take tennis as an example, players might suddenly think, ‘I’m close to winning a championship or getting in the final’. That suddenly starts to take over and then distracts them from what they actually have to do,
they forget the basics and the simplicity of the game.

“It’s about how we get athletes or riders to focus on what the activities are they need to do that enable them to perform because if they can perform, the outcome kind of happens.”

While focusing on getting the basics right is a great way to make sure a rider performs to their maximum, there’s no guarantee that will end in victory. Especially at the top of the sport, the strength in depth of the competition means there are several combinations capable of winning an event if they hook up a good weekend. And however strong-minded a rider is, it’s sure to have an effect if they continually end up on the wrong side of a tight result. Just as some riders can become perennial winners, others slip into the role of always becoming a bridesmaid instead of the bride.

It’s something Gemma Tattersall found as she came agonisingly close to victory in her quest for a maiden 5*. A dream she finally realised after winning at Bicton last summer.

“I’d been trying to win a 5* for a long time,” Gemma explains. “I’ve been second and third twice, I’ve been fourth and been right up there so many times, it’s been so close.

“I had a little bit of a thing and thought I’d never get there and actually win one, so to do it was a huge, huge relief.

“Nothing’s necessarily changed in me as a person [since winning], but it has given me the confidence that I can actually win at that level.” 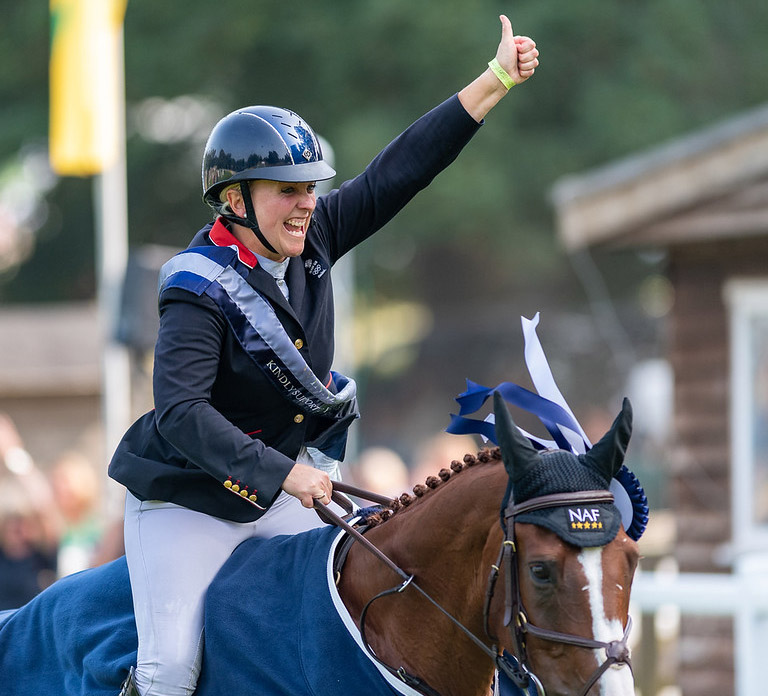 All part of the process

For some sportspeople, breaking through the barrier of success can take them to another level, with the boost they get inspiring more victories to follow. And as the top performances stack up, the serial winners find their own techniques that help them repeat the trick.

It’s all part of an ongoing process to improve, identifying weaknesses and learning from past failures to learn what works best for them.

“Dealing with failure is a way of understanding what worked, what didn’t work, what we learned from that, how we change and what the opportunities are to enable us to move forward,” Sally picks up.

A key technique world number one Oliver Townend uses is ignoring the outside noise of a competition to relieve the external pressures that come to play in the biggest moments.

Oliver expertly showed his nerves of steel when he was the last of the team to jump to bring home Great Britain’s first team gold in 49 years at the Tokyo Olympics last year. Yet despite the significance of the occasion, he says he was almost oblivious to the pressure of the moment.

“Every time I go in the ring, I try to do my job and that’s to have as good a round as possible,” Oliver tells British Eventing Life. “I just went in and did a good round and as you can see whenever I’m competing, my reaction to the result is never immediate.

“Unless it’s fairly obvious I’ve won, like if I’m last in the ring and jumped a clear inside the time, when you see me win the big classes, my reaction is normally quite slow because I’m looking up at the scoreboard thinking, ‘where have I finished, what have I done, how far in front was I?’. I concentrate on what I need to concentrate on.” 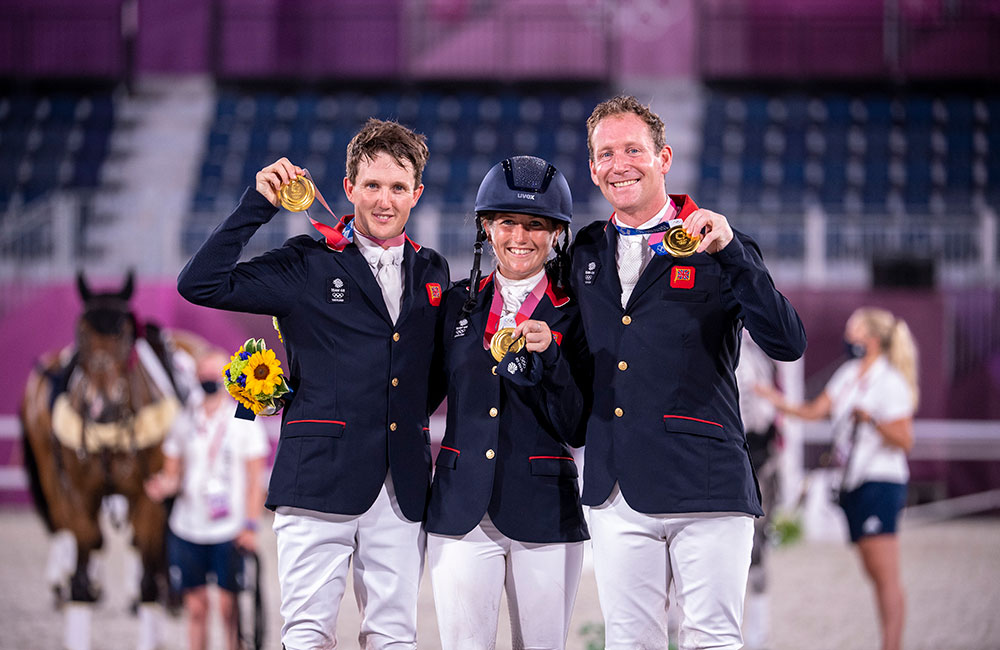 What sets the top riders such as Oliver apart from the rest is that continued desire to win again and again, prove that hitting the pinnacle was more than simply a one-time thing.

It’s long been a well-used sporting adage that it’s harder to retain a championship than win it the first time for this very reason. Therefore, perhaps the mentality of a true winner is to remain hungry and work just as hard after achieving a huge ambition.

“It’s passion more than anything – passion, hunger and drive,” Oliver adds. “I’m very good friends with Oisin Murphy, the champion flat jockey, and you can watch him riding an outsider at Wolverhampton and he goes through a gap that he can’t fit in and gets a nose on the line. What’s stopping the other seven doing that? Nothing. But why is he the one? It’s a hunger to succeed.

“I’ve always been doubted from the word go: ‘how can you be an event rider, you’re not going to be able to do that’. I guess it’s a hunger to prove people wrong and prove yourself right on a regular basis. It’s almost an intangible.”

Sally agrees. When it comes to being a winner, talent will only get you so far if there isn’t the correct mindset accompanying it.

“It comes down to what is success and what’s motivating you towards that success,” she adds. “If you don’t have the desire and the passion and the motivation, do you think you’ll ever achieve it? Possibly not because you won’t put the work in and you’re not passionate enough about it.”