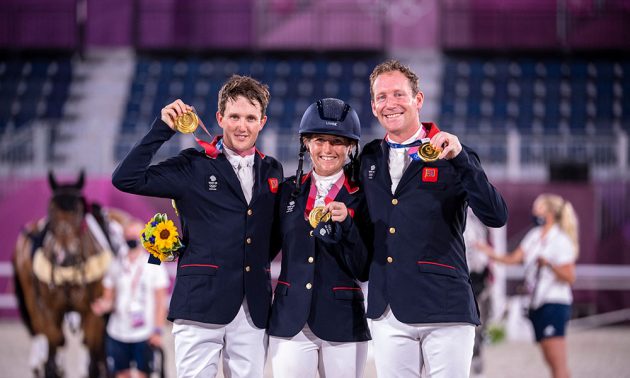 Team GB has taken team gold in eventing at the Olympic Games for the first time since 1972 and it was delivered in style with the best ever score in Olympic history.

The team was made up of Olympic debutants. Oliver Townend with Ballaghmor Class, Laura Collett with London 52 and Tom McEwen on Toledo de Kerser delivered spectacular results across all three phases, winning by 13.9 points beating the Australian (silver) and French (bronze) teams to the top spot on the podium.

The individual round was fraught with errors, with only a handful of riders jumping clear. Team GB’s Tom McEwan rode a clear round picking up just one time penalty and landed silver medal, just pipped to the post by the last rider, Germany’s Julia Krajewski on Amande De B’Neville, the first ever female Olympic eventing champion.