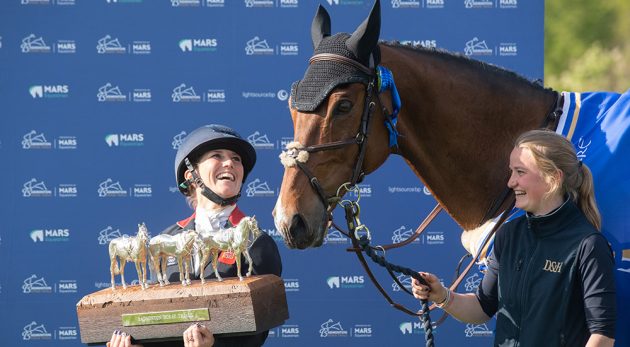 Laura’s finishing score of 21.4 – she added a mere 0.4 of a show jumping time penalty to her dressage mark – is a record completion score for Badminton.

Runner-up Ros Canter, the only rider to finish on her dressage score, showed she has another world champion in the making with the 10-year-old Lordships Graffalo. Oliver Townend also cemented his world number one position with third and fifth places on Swallow Springs and Ballaghmor Class respectively.

It was the first British one-two-three finish since Pippa Funnell led William Fox-Pitt and Leslie Law 20 years ago in 2002, and Laura Collett revealed that Pippa’s win on Supreme Rock had been her childhood inspiration.

“I was going round the cross country on my aunt’s shoulders and I wanted to be Pippa Funnell winning Badminton,” Laura says. 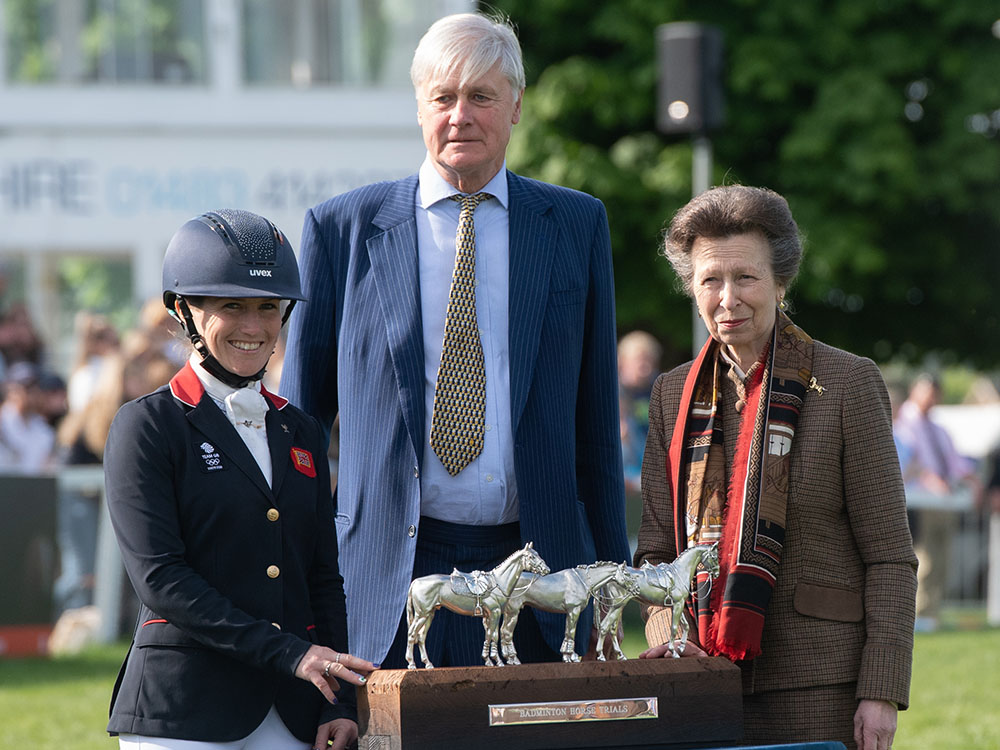 When Laura entered the arena, she had the luxury of a fence in hand over Ros, but the pressure was huge.

“That horse is amazing,” she said of her Tokyo Olympic gold medallist.

“He jumped his socks off. I couldn’t see a distance anywhere but he just got higher and higher.”

Ros was full of praise for her new superstar, who was contesting his first five-star.

“Walter’s eyes were on stalks when we arrived, but he enjoyed every part of it. He will have learnt so much.”

Piggy March and the gallant 17-year-old mare Vanir Kamira, the 2019 Badminton winners who set the early standard on the cross country, finished fourth with just one pole down.

“I think that’s the best Tilly has ever jumped,” Piggy explains. “She left her heart out on the cross country course yesterday, so I was a bit worried today but shouldn’t have been.”

David Doel, who lives just 20 minutes down the road from Badminton, had a dream debut, finishing in sixth place on Galileo Nieuwmoed with a double clear, while Kitty King, a member of last year’s winning European championships team, was seventh on Vendredi Biats. 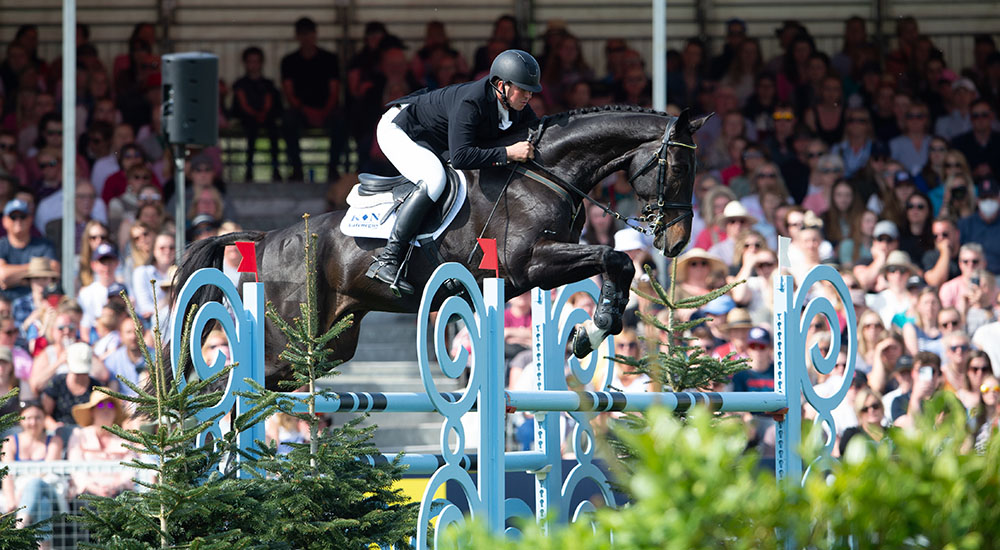 After a gap of three years, support for the event was huge, with 180,000 visitors attending across the four days.

“It was everything I could have wished for,” says Event Director Jane Tuckwell.

“Lots of happy people, fantastic result, and wonderful sponsors in our presenting partner Mars Equestrian and our official partner Lifesource BP. It’s a dream come true at last. Bring on 2023.”