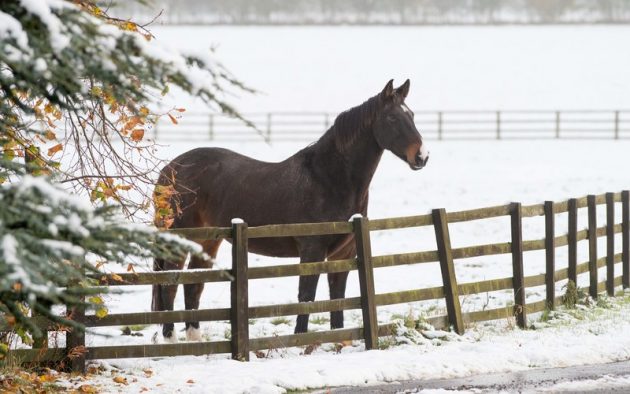 Grab your favourite tipple, get comfortable and settle down in front of one of our favourite movies starring the most noble of beasts, the horse.

The story of Red Pollard and the pint-sized racehorse Seabiscuit is enough to warm anyone’s heart. With an inauspicious start to his career and various trials and tribulations, Biscuit became an unlikely champion and a symbol of hope for many Americans during the great depression.

Dive straight into the depths of the Cimarron, and follow the journey of a headstrong Mustang Stallion in the animated favourite – Spirit. If you’re after a story from the heart of the horse, with an emotive soundtrack and the overcoming of adversity then look no further.

This academy award winning film follows a tenacious young girl’s journey of training a horse, which she won in a raffle, to compete in the Grand National. With little experience but a determination to succeed, Velvet Brown and the Pie defy the odds and find themselves crossing the start line of the most renowned race in the jump racing calendar.

How could we not include the sequel, featuring another female lead with passion and resolve? Desperate to compete in eventing and with an enviable natural talent, Sarah and Arizona Pie are selected for the British Team and represent their country in the Olympic Games – an aspiration many of us can relate to.

Perhaps not the most widely known equestrian film, but no less worthy of recognition, racing stripes is the inspirational tale of a zebra who thinks he’s a racehorse. Buckle up and enjoy the ride as you tackle themes of identity, self-belief and the will to succeed in the most challenging of circumstances. We all know that one horse that excelled above and beyond what we thought was possible!

No film captures the majesty of the horse quite like Black Beauty. This tale of adventure, suffering and hardship, sees Beauty move from English farm with his mother, to pulling cabs in London. Told from the perspective of the horse, Black Beauty is a true classic and rest assured there is a happy ending.

A moving story of a young girl and her horse, horrifically injured in a freak accident, The Horse Whisperer follows their rehabilitation journey in a tale of inspiration and positivity. This film is an emotional rollercoaster so have tissues at the ready.

This Steven Spielberg production follows ‘Joey’, a British-bred horse whose journey takes him from working on a farm to the middle of the war on the Western Front. In a quest to find him, Joey’s former owner follows him to France and following various obstacles and troubles, they are reunited. Be warned, this is another tearjerker.