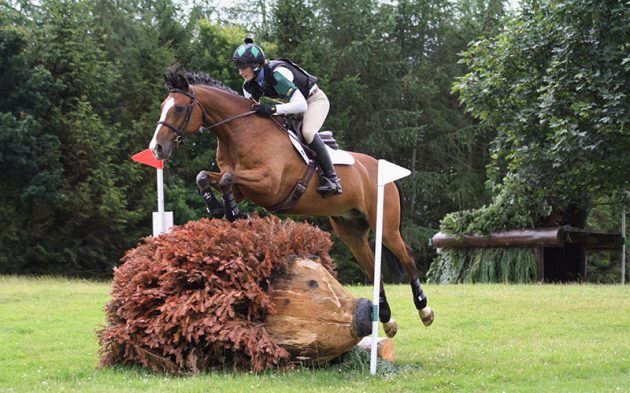 As the new season gets underway, it’s time to turn your attention to your goals. We talk to a BE coach to help you set your objectives for the season.

The first difference you’ll find when stepping up to BE90 is there’s no longer an on-site coach, which of course will mean extra organisation for you to ensure you have sufficient support, particularly when walking your courses.

The dressage tests remain the same at BE90 as at BE80(T), but Sarah Ettridge (pictured in action above), who coaches an array of grassroots riders, says that you should be aiming for increased consistency and accuracy.

SARAH SAYS: “The judges are looking for a pleasing partnership working through the movements of the test in an obedient and smooth manner. Take your time and be as accurate at markers as possible to glean as many extra marks as possible.”

As at BE80(T), cross country will encourage you into a rhythm. There is a maximum of three combinations – not including the water complex – including two fences set on a straightforward approach.

SARAH SAYS: “The courses will be inviting and encourage positive riding, but make sure you walk them and know them well. Find points around the course, such as trees, to look out for as cues to prepare your horse in readiness for a combination.”

Prepare for this variety by scheduling in plenty of schooling sessions on different courses. At this level too, you can begin to learn about managing your speed across the country.

SARAH SAYS: “You can use apps to work out your timing markers, but don’t rely on this instead of walking your course. Make sure you go at the right pace if your horse is feeling full of running, but always be aware of your horse getting tired and adapt accordingly.”

Not the right level for you? Read one of our other guides on moving up: