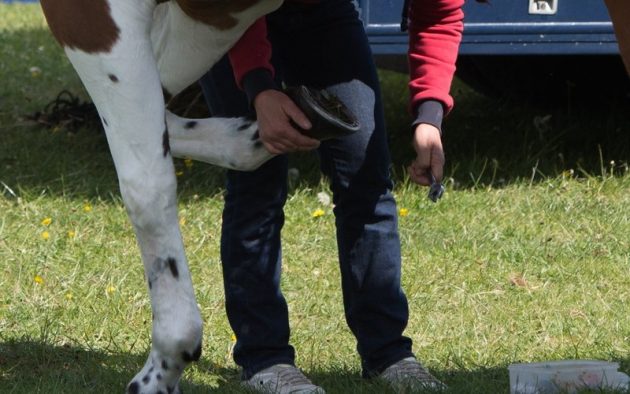 How to stud up your horse

Top event groom, Zanie King, shares her top tips on looking after your studs, cleaning stud holes and making studding up easy on the day.

When you purchase a stud kit, ensure you buy a suitable container to store them in. Buy a good selection of studs so you are ready for any type of ground, a stud tap to tap stud holes so it threads clean, spare nails to remove debris and a good spanner to put studs in.

All my studs live in a specific box and are coated in oil to keep them rust-free and in good condition.
If studs get rusty, an old trick is to soak them in full fat coke and then oil them well.

Before each event, we clean out stud holes, thread with a stud tap and then plug with oil-soaked cotton wool. It’s then easy to put studs in at an event, even in the back of a lorry. There’s nothing worse than being in a rush and having stud holes full of stones.

If there is a stone stuck in a stud hole, use a hammer carefully on top of the tool used to clear debris to break up the stone.

Your choice of studs is personal, but I see so much over-studding – always ask if you’re unsure.

Always remove studs before you wash down as this is always a risky time for horses to step on themselves or to raise a leg and catch someone.

Ensure good aftercare of studs – clean, dry and then oil.

Have you seen our feature on which studs to use and when to use them?