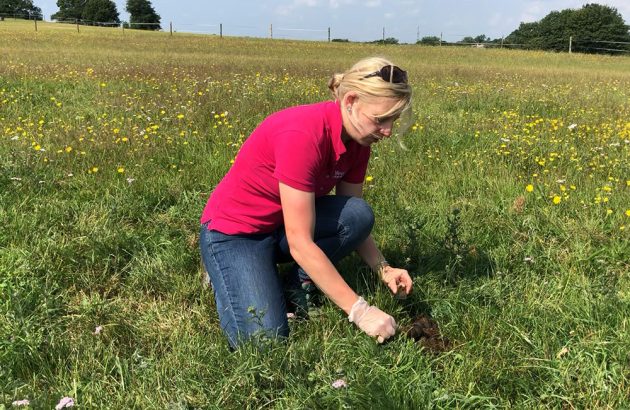 How to spot worms and get treated

Worms pose a real threat to your horse’s health, so deworming is an essential element of your horse-care routine. Westgate Laboratories’ Claire Shand reveals the signs, treatment and tests available

Adult worms live mainly in the intestinal tract, but larval stages of some species can migrate through the body to damage the intestinal walls, lungs, arteries and other organs of the horse.

High infections can give a horse a pot belly, make its coat look dull or cause it to lose weight. We might see that the horse is unwell with a cough or colic, has discomfort in its abdomen or anaemia from blood loss, which can cause lethargy or poor growth rates in youngsters.

Usually, there has to be large numbers of parasites present before the horse shows physical signs, by which time there is often damage to the horse’s internal organs. Conversely, many signs are common to other illnesses, so seeing any of these symptoms is not definitive of a parasite burden that needs treatment.

The most obvious way we can tell if a horse has worms is by seeing them in the droppings, but even in a horse with a high burden it’s still quite unusual to see these. They are more likely to appear after giving a worming treatment or under times of stress, such as travelling or at competitions when diarrhoea or loose droppings can dislodge the worms from the gut.

These are not to be mistaken for seeds, fly eggs, grubs and maggots that can all be confused for horse parasites in the dung. 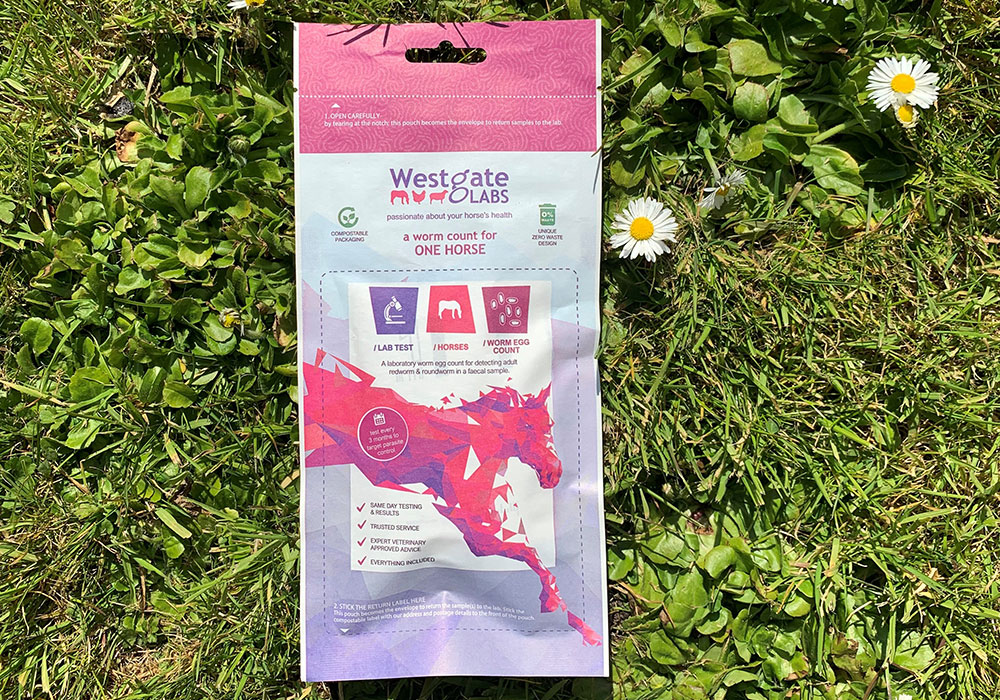 The most reliable way of finding out if a horse has worms is to test for them in the laboratory.

The type and frequency of testing is based on the life cycle of the worms, the immune status of the horse, young, old and ill horses needing more support and the time of year.

Worm egg counts for adult redworm and ascarid should form the cornerstone of any parasite control programme.

For healthy adult horses, we recommend every 12 weeks through spring, summer and autumn, with shortened intervals (every eight weeks) for youngsters or high-risk horses.

Treat only the horses with a worm egg count of 200 eggs per gram or more.

What is a worm egg count?
A worm egg count takes a measured amount of a horse’s dung and puts it through a laboratory test to float off worm eggs from the sample and count these under the microscope. At Westgate, we use the modified McMaster technique to ensure a consistent, effective test using a centrifuge to spin out the worm eggs from the sample.

A worm egg count identifies both the type of eggs that were seen and also a number of eggs per gram of poo. This number helps to determine whether treatment is required or not.

Getting an accurate test first relies on a good sample:

EquiSal tests for tapeworm every six months, in either spring and autumn or summer and winter. Treat only the horses that need it.

What is an Equisal test?
A worm egg count is not a definitive test for tapeworm, so instead this innovative test measures antibodies the horse produces to protect itself from the tapeworm parasites by testing saliva. The higher the score, the more tapeworm are present in the horse.

Owners take samples with the swab that goes into the horse’s mouth and turns pink when enough saliva is collected. Horses mustn’t have eaten, drunk or been exercised for half an hour before collecting the sample.

Treat or test for encysted small redworm?
Once a year, in the late autumn or early winter, we need to consider the larval stages of the small redworm. These worms can be buried into the intestinal lining of the gut and don’t lay eggs that would show up on a worm egg count. Instead, we get a vet to take a blood test to detect them and/or give a proactive treatment with a suitable product. The sis to guard against a mass emergence of encysted red worm which can trigger a type of colic in horses called larval cyathostominosis that is very hard to treat and can prove fatal.

Only low-risk horses are suitable for the encysted redworm blood test – they need to have had regular worm egg counts under 200 epg and be kept on their own or in small herds in poo-picked paddocks.

There are tests available for pinworm, lungworm and liver fluke. In each case the test result will indicate whether the horse needs a treatment or not. 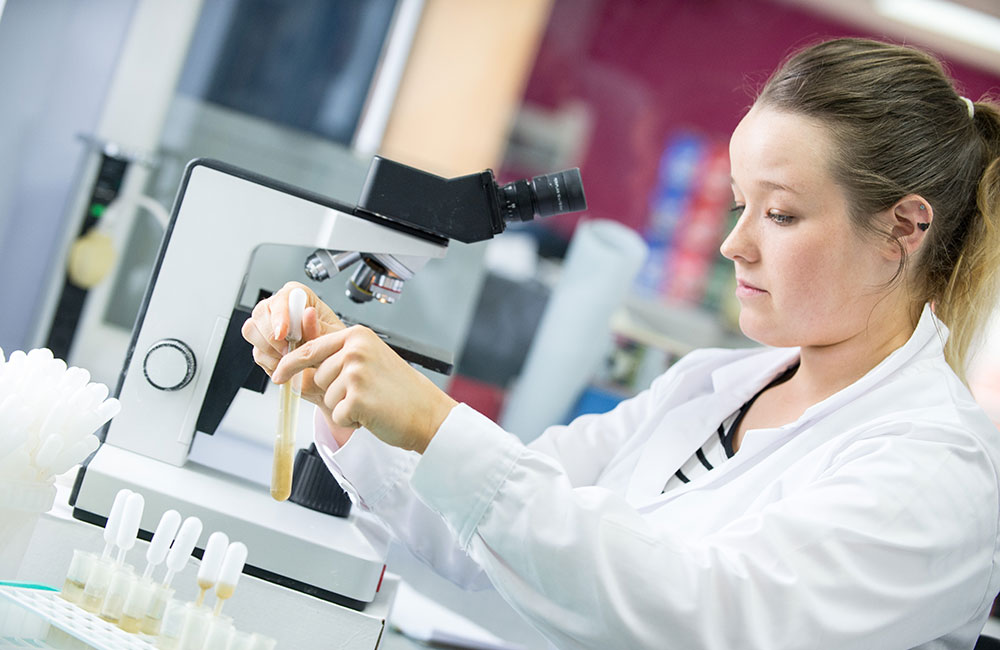 By carrying out regular testing we can identify which horses have a worm burden that could become problematic. We dose only these horses with an appropriate wormer, rather than blanket worming all of them. This is targeted worming: giving sufficient wormer for the horse’s weight. Exposing worms to a dose of wormer that is not enough to kill them is a sure-fire way to build an army of resistant worms.

It’s easy to reach for a wormer and think of it as a coverall treatment for parasite control in horses. If only it was quite as straightforward as this in practice. For many reasons, we need to be more selective about worm control and choice of chemical and put our reliance in tests to help keep our horses healthy, both now and into the future.

Only five chemicals are licensed to treat parasites in horses; fenbendazole, pyrantel, ivermectin, moxidectin and praziquantel. Of course, there are many more brand names that we’re familiar with, but the active ingredient is the key. Unfortunately, rising drug resistance means we can no longer give a chemical and be sure it has worked effectively.

Parasites can only build resistance to drugs when they’re exposed to them. The good news is that science is on our side with a growing number of tests available to take the guesswork out of the equation. Targeted worming saves giving unnecessary chemicals, while helping to identify potential problems where treatment/ management isn’t being effective.

Test for resistance
Advice is to check for resistant worms at least annually; this is known as reduction testing. After a positive worm egg count that requires treatment, we take a second worm egg count 10-14 days afterwards. If the worm egg count has reduced by 90% or more, then the treatment is said to have been effective. Any less and there is a degree of resistance present to the chemical used. 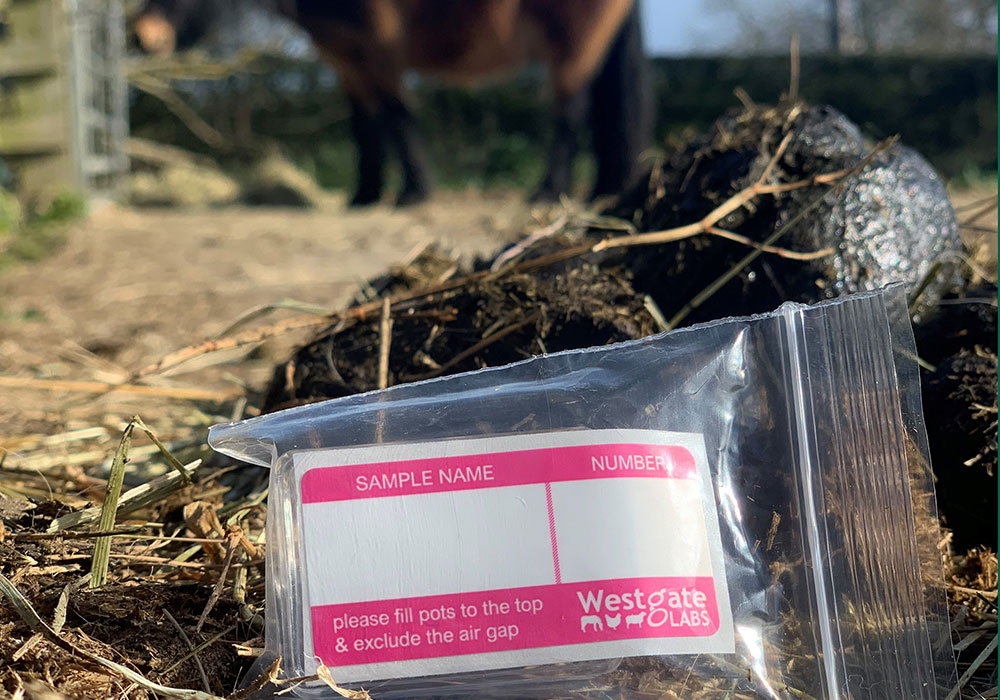 Just as important in our armoury against resistance is good husbandry and paddock management to break the life cycle of the worms and reduce reliance on chemicals. Poo picking, poo picking and more poo picking!

Worm larvae passed in droppings hatch and become mobile within seven days, at which point they leave the dung piles to reinfect the pasture. The milder and wetter the weather, the further and faster the larvae can travel. Collecting droppings twice a week is a sound investment in your worm-control programme.

These additional steps will also help:

Taking simple steps to beat resistance will help us to play the long game, preserving the efficacy of the wormers to give us many happy years of horse owning ahead.