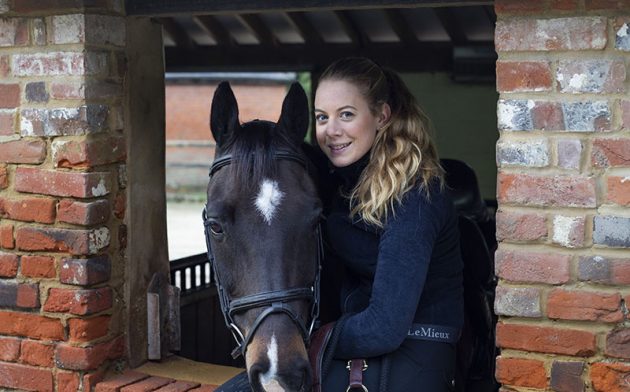 Mollie Summerland’s ultimate dream was set aged just 11. Mollie’s mum has the proof – a hand-drawn poster announcing her aim of riding at the Olympics. Unlike many other childhood dreams that faded over time, Mollie’s is still firmly in place a decade on and her ambition shows no sign of waning.

Mollie, a fully-fledged rider, now has an impressive eventing CV that marks her out as a potential Olympian of the future, particularly after a successful 5* debut at Pau last year. Despite still being at the start of her career, Mollie showed real guts from the word go.

“I started riding school with my friends when I was seven and got my first pony when I was 10 and did lots of hunting with her,” said Mollie. “She was a brilliant pony, but she was naughty and wouldn’t load on the trailer very well, so when I went hunting, I had to stay out for the whole day. Mum and Dad had to pick me up from the kennels and everybody would help us load her on the trailer.

“She was so strong, I couldn’t hold her, so I had to ride at the front with the field master and jump all the big hedges.”

It could have been a terrifying experience for a rookie of her age. Yet it proved to be the perfect grounding for what was coming next, not least pitch-black rides though the countryside after winter training with only the headlights of her parents’ car behind to guide her.

The steely resolve Mollie developed led her to leave her family home at 16 to take her first step towards a career in the industry at a yard in Gloucestershire and soon led to a chance to work with Pippa Funnell at the decorated rider’s stables.

By then, Mollie had got a new companion in the shape of her beloved horse Charly van ter Heiden who she bought on a purchasing trip to Belgium.

“I was actually at a yard trying another horse,” Mollie explains of her love-at-first-sight moment. “Somebody was walking me in up and down the yard and I saw Charly in a stable with his head over the door. He was the last horse I tried and I nearly missed the Eurotunnel back because I didn’t want to get off – I knew he was the horse for me.”

The bond was instant. Despite a tricky bedding-in period and almost daily falls for months due to Charly’s bad behaviour, Mollie’s instinct told her that he had bags of unlocked potential. So much so that when she had to decide between her boisterous gelding and another horse to take to Funnell’s stable, she picked Charly, despite the other horse performing at a higher level.

Mollie and Charly became inseparable and thanks to sage advice from Pippa, they soon transformed him into a better-behaved horse who was easier to control and able to start climbing the ranks with Mollie at the reins.

“It was the hacking that helped in the end because once he realised it was something he could do every day and it was fun, it got him on side and we could really teach him a lot more,” she says. “Apart from that, the biggest thing I’m still learning is to keep a good sense of perspective. That’s something I struggle with sometimes and it’s important to remember we’re lucky to do eventing and if things go wrong, it’s not the end of the world and there are bigger problems – I try to remind myself of that when I’m upset.”

Stepping up a grade

With a global pandemic swirling around the sport for the past year, there’s never been a better time to learn that lesson. And with that as a backdrop, Mollie travelled to France to take on her first 5* event in Pau in late October.

After finishing third at the Waregem Nations Cup, collecting a string of top 10 finishes and taking part in the Young Rider European Championships, she was ready to make the step up. But it didn’t stop her worrying that Pau wouldn’t quite go to plan.

“I was indecisive about going [to Pau] and I wasn’t sure with the year we’d had how it’d go,” Mollie says. “I worried about social media and a lot of people watching on the live stream, and what it would look like if I wasn’t having a very good ride or if people thought I went before I should have done. I was really torn.

“It also wasn’t ideal for my first 5* because we’d only had a handful of events to see where Charly’s fitness was at, whereas you’d normally have a lot more competitions to gauge how a horse is feeling in preparation for a 5*. It felt a strange year to be going. But right at the last minute, I decided to go for it.”

There was still time for more jeopardy when Mollie discovered Charly’s bloods weren’t right after a run at Little Downham and it remained touch-and-go up until the day they left if he’d be fully fit to perform at his best. Thankfully, he was fit and the duo produced a stellar performance that saw them enter the show jumping in fifth and eventually finish 10th at the end of the three day event. 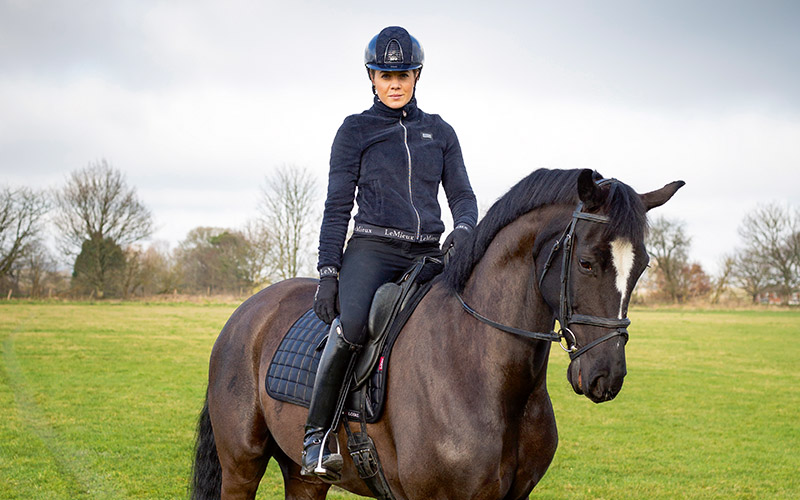 While the whirlwind preparation for the event meant Mollie didn’t have too much time to dwell on her nerves, she shied away from social media for the entire competition to make sure she was fully focused. The smaller crowds due to Covid-19 also helped as she settled into the new surroundings, along with other coping techniques.

“I didn’t walk the cross-country until after I’d done my dressage because I wanted to focus on one phase at a time. I thought if I walked it before, it might make me nervous and I wouldn’t ride as well in my test.

“I’m someone who would stress walk, so I like to walk the course as many times as I can – the more times I do, the more confident I feel about each fence and line I’m going to ride. It worked because my cross-country day was brilliant. It took some time for it to sink in that we’d gone clear within the time.”

Fuelled by her new-found confidence at the level, it wouldn’t be a surprise to see Mollie at a 5* again this year and while she’s not committing to anything over the next few months while uncertainty remains surrounding Covid, her long-term ambition
hasn’t changed.

“I said I wanted to be on an Olympic team and that’s still my biggest goal,” she smiles. “A lot of people say they want to go round Burghley or Badminton, but I never did. All I wanted was to go to an Olympics – which I know is very difficult – and although I might never get there, that’s the dream.”

Shortly after our feature with Mollie, above, she went on to establish herself as one of eventing’s stars with an incredible 5* win at Luhmuhlen in June 2021 – at 22, the youngest ever winner of the event. Read all about it as British Eventing caught up with Mollie on her return to the UK.