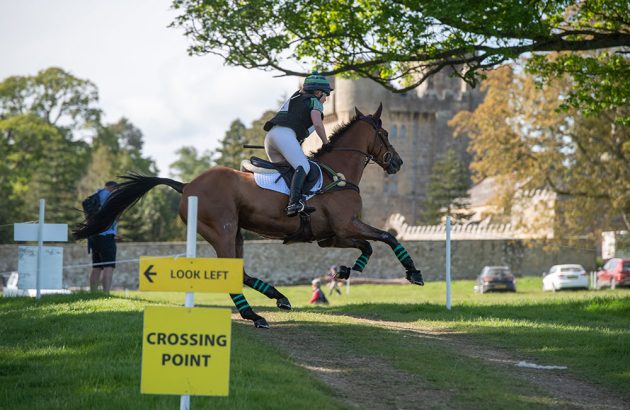 As every good coach will tell you, watching the clock should be secondary to many other facets of cross country riding, but developing a feel for the correct pace really is a key lesson to learn

When it comes to margins for error on the cross country course, a split second the wrong side of the optimum can make the difference between winning and losing. With 0.4 of a penalty racking for every second over and only a 15-second window on the other side before you start clocking up ‘too fast’ penalties, time is of the essence.

So what are the most important considerations? How do you hone your skills for going at the correct speed at home?

“There’s a big difference between being fast and being quick,” points out Kiwi star Tim Price, who is king of beating the clock and regularly churns out quick rounds without ever looking like he’s in a hurry.

“To get a quick time you need to maintain the same pace from start to finish and alter the speed within your rhythm. It’s no good going fast in-between fences and then pulling up to jump as you will end up unbalancing the horse.”

Watches should be used for reference only, warns Tim, a view echoed by BE-accredited trainer Sam Champney-Warrener.

“More important than using a watch is learning to save time by riding more economically,” she says. “I encourage my pupils to ride better lines between fences, not to waste time doing big wide turns and to make sure they train their horse to land from a fence and move away quickly.

“Generally at BE80 and BE90 level, if you’re not able to keep cantering and jumping at the required speed [435mpm for BE80(T) and 475mpm for BE90], then you’re probably not riding forward enough.”

Sam advocates visiting a training venue, such as a gallops, that has distances marked out and practising riding at the right speed for the level at which you are competing. She also emphasises the importance of training on undulating ground.

“It is worth remembering that unlike an all-weather gallops, a cross country course will include undulations and possibly varying ground conditions, so it is very different,” she says.

“In your training at home, you should vary your canter work so that you incorporate both short, fast sprints and longer spells of steady cantering. You should be able to maintain a canter with short stirrups for four or five minutes at a time – if you can’t, then you’re not fit enough to be going cross country.” 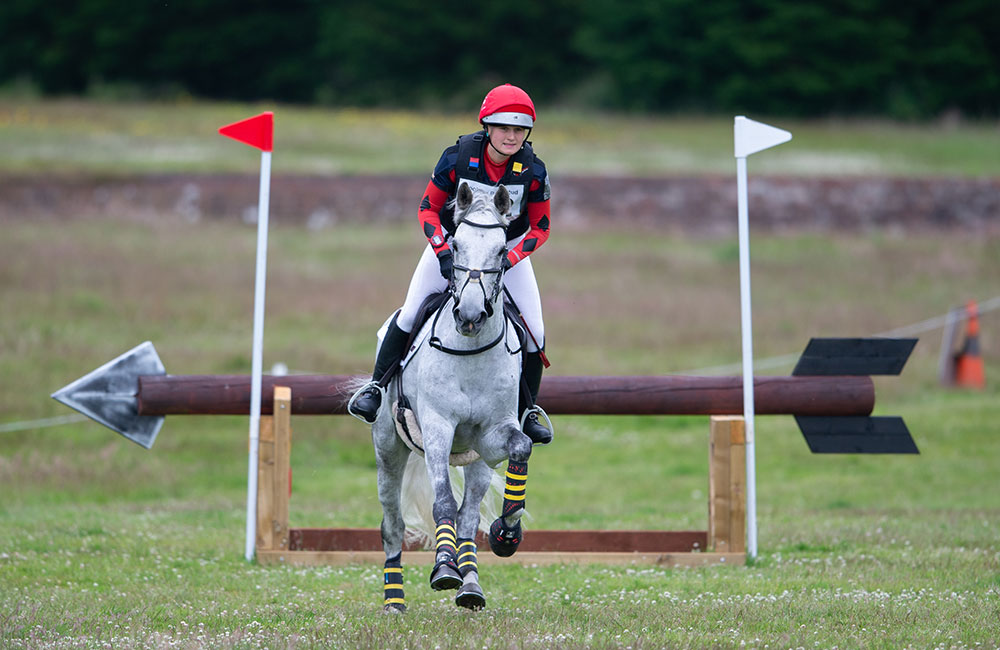 Landing after a fence and moving quickly away is essential to reduce time. Photo: Adam Fanthorpe

When it comes to using a watch in competition, Sam recommends starting it three seconds before the starter says go so you’re not pushing the button while the horse is leaping out of the start box.

“Then it’s a case of working out where is a suitable place to check your watch on the way round,” she says. “It’s really important to remember that this should all be done with both your own and your horse’s fitness in mind and, of
course, the conditions.”

Whether or not it is important to achieve the time at a particular competition on a specific horse on a given day always needs to be given much thought.

“So much depends on the terrain, the fences, the ground conditions and, most importantly, the horse you’re sitting on,” Tim says. “At Millstreet this year [where Tim won the CCI4*-L on Falco], the ground was very tacky and was taking a lot out of the horses, so I made the conscious decision not to ride to my watch.

I knew when I left the start box that it was going to be a long 10 minutes round and when I was down on my first minute marker, I just rode at the speed I felt was appropriate for the conditions and the situation.”

Tim questions whether practising with a stopwatch at home has any merit. “You can’t possibly recreate the challenges of the terrain and jumps in an open field,” he says, but amateur rider Deborah Burrell, who won the BE80(T) Area Festival at Firle Place in May, believes that getting used to wearing a watch at home has made all the difference.

“People laugh when they see me practising with a stopwatch knowing I’m only jumping 80cm, but so often classes are won and lost by being a split second over or under the time and I don’t want to take that chance,” she explains.

“There’s a lot to think about when you’re going across country – the fences, the lines you need to be taking, the ground and other hazards – that using your watch needs to almost be second nature so you’re not panicking about it. That’s where practising with it at home comes in.”

Deborah initially practised timing herself at her local gallops using minute markers and a stopwatch in order to get an idea of the pace she needed to be going. Then at  events, she studies the course plan and works out roughly where the halfway point is on the course and works out what time she will need to be there.

“If the optimum time is five minutes, for example, I know that, roughly speaking, I should be at two-and-a-half minutes at the halfway point,” she says. “I then take into account any particularly hilly parts of the course, which will slow me down, or areas with more combination fences and I might add or subtract seconds accordingly.” 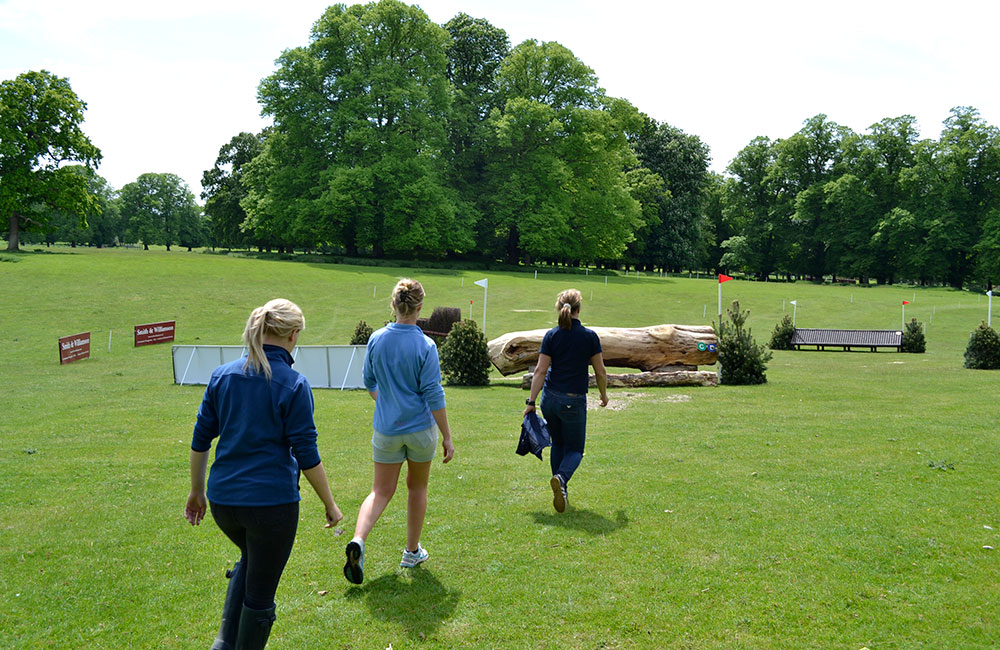 Deborah also emphasises the importance of careful course walking before an event.

“When I am walking the course, I look to see where I can make time up or, if necessary, take a pull and slow down,” she says. “Both the horses I compete are very different. One needs to jump from a faster rhythm and is naturally quick, so if I think I run the risk of being too fast I will ride slightly wider lines. My other horse is naturally slower, so I walk tighter lines with him.”

In short, there are many different ingredients that combine to enable you to beat the clock consistently in a safe way. Ultimately, though, having good feel and interfering with your horse as little as possible is sage advice, whatever your aspirations.